Although thick on the ground, snow continued to fall. But slowly, like graceful white ladies, careful not to land the wrong way in fear of embarrassing themselves. Dariane wrapped the soft, wool scarf around her neck a third time, and slipped a pair of mittens over her milky white hands. She made sure that everything was snug, took a deep breath, and walked through her front door into a white wonderland. Romeo waited for her outside, thumping his foot at her arrival. She picked him up and held him close. How a bunny could survive such cold weather was beyond her. If not for his thumping, she would have never seen him, for he matched the snow quite perfectly. As she looked up, she saw a small white envelope attached to the branch of her favorite tree by a red satin string. She put Romeo down and reached for the envelope, examining the red seal that kept it shut. It was of a rose, a white rose on a red seal. She slid her finger under the seal and broke it, pulling out a piece of pitch black paper. Written in read ink read:

Dariane, my dear, you have only some time until I find you. Do what you will, but I will be there to claim my prize.

She dropped the note, and it fell to the ground almost as slowly as the newly fallen snow. Even in her heavy wool coat, Dariane felt a chill ripple through her body. Her hair was lifted away from her neck, the wind caressing it. But it wasn't the wind that had lifted her hair, but a hand. A hand colder then any snow storm. It slid it's way from her neck, down her back, around her waist. Then, the hand made it's way to the front of Dariane.
"Hello, Dariane." He said, drawing out every word. "Did you, miss me?" He asked. His voice was like silk, smooth and romantic.
"Go away." She said through gritted teeth. He slid in front of her, moving his hand back to her neck.
"My dear, I gave you, what you have." He said. "Don't you love me?" He grinned, taking the conversation as nothing but a fun way to pass the time.
"I hate you." She whispered.
"Quite the contrary, you love me, don't you?" He said, taking his hand off her neck. "Say it." He said, pulling her so close, she could smell his moldy, rotten breath.
"Never." She said, spitting in his face. He threw her to the ground.
"Tell me, you love me. I've given you, everything."
Dariane stood up, but tripped over her own feet and landed on the ground again. He laughed at her, his voice sounded like a beautiful lullaby. He glided over to her, then knelt over her, putting his hand behind her head, lifting it off the ground.
"Only you, love, would put yourself in this situation." He grinned. His head moved to her neck so fast, she hadn't even felt what had just happened. He was gone, and she was dying. Blood trickled from her neck like a fountain, spilling onto the snow and staining it red. Small rubies shimmered on the ground, just waiting to be licked up. And if one was to see this puddle, they might think their eyes were deceiving them. For only a moment did her blood form some sort of a shape. And none other was that shape, then the mark of the vampire who had just killed her. A snow white rose set into a blood red seal. 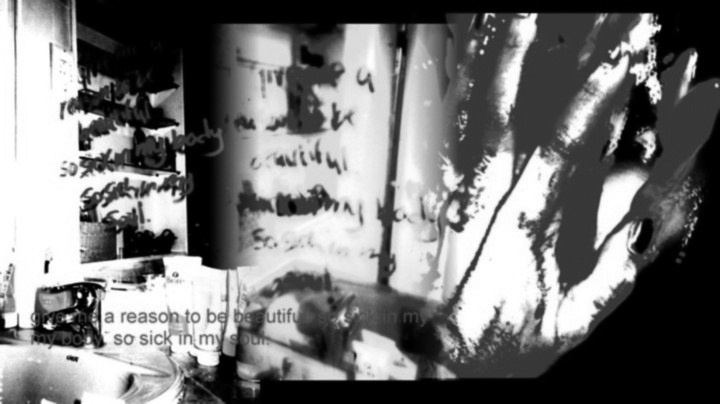 Seriously, twilight killed this piece for me. Not even kidding. I am so in love with Edward Cullen that I was having a hard time picturing any vampire being anything less perfect than him. So I feel like sticking up for the old creepy vamp.

Ok, you did nothing wrong here. That's just my obsession with Edward Cullen. First of all, your metaphors at the beginning were stunning. I loved the comparison to snow and pretty ladies. Very nice.

Really, your writing style is flawless and very easy to read, but something was lacking in the plot. Background. Personality of Characters. It was a little like pretty girl in the snow, a note, and then BAM! watch out, creepy love(and blood)- thirsty vamp comes sweeping in and sucks the life out of her. Just a little more background, especially with fantasy stories like this. Still, good writing. Nothing lacking there.