Life Is But A Dream | Teen Ink

Life Is But A Dream

That’s what the sign read. It was a pathetic advertisement, really. It took a trademark quote from some 200 year old sci-fi and transformed it into a cheesy marketing slogan.

PROLIFE CORP. it read underneath. Jonathan smirked at this. There were literally billions of signs like this just inside the city. It was on everything, from window panes to coffee mugs, magazines and cereal boxes. ProLife was everywhere.

But it made sense. ProLife controlled almost everything. Just a hundred years ago during the birth of the 22nd century it controlled the United States and 90% of Europe. Now the entire world is one big enterprise, and every single purchase, every single penny that you make and spend comes and goes to ProLife. You couldn’t escape it.

Jonathan sighed and stared out the window. He was on a train, commuting home under the dying sun with the thousands that lined the seats of the extensive train. The landscape before him bored his eyes immediately. Nothing ever changed. The buildings were gray, lined with concrete and glass, uniform with one another. The only change to each one was its sign that marked its purpose.

Jonathan winced as he noticed the last building, and his heart beat spasmodically as he looked at the people around him.

They were just like the buildings. Uniform and corrected in sameness. They were boring as well. No one spoke, and most of them preferred to either stare straight ahead or queerly read a newspaper titled ProLife News.

It was the insurance. ProLife Insurance was not just an investment, but it also carried ProLife’s slogan a few steps further. It offered state-of-the-art mechanical organs. It was a breakthrough made when ProLife was gaining political power in the early 2000’s. The original organ, a heart, boosted the average lifespan by twenty years. After the development of other important organs, ProLife’s “insurance” program boosted the human lifespan to two hundred years. It was a scientific miracle. ProLife used this program to gain footing in government around the world and steadily gained control of society itself. But people weren’t complaining. ProLife exchanged common liberties for safety. Crime rate dropped dramatically, partly because a single stolen candy bar entitled its bearer to an immediate death sentence, carried out with a handgun or, if necessary, batons. Many people, most too dumb to notice, delighted themselves in telling everyone how lovely ProLife was for giving them a safe world. Those few who objected, those being acute enough to know their lives were being seized by dictators, were taken out quietly.

It was a miracle that the technological organs were not already mandatory, Jonathan thought. People were not supposed to get them until they were 19, because of pubescent growth. But there was news about a new generation of transplants that grew with people. It never stopped getting better.

Jonathan looked away from the other passengers. These days you could tell who had ProLife organs and who didn’t. Almost everybody did. They were quiet, robbed of outward emotion. ProLife claimed it was a normal psychological cycle where the transplants helped maintain functionality or some such nonsense. But Jonathan knew better. ProLife was taking control. Society wasn’t enough. The people were being seized of their very souls.

“One minute to Station 7008,” a speaker said monotonously.

That was Jonathan’s stop. It was the closest station to his home, about half a mile away. He stood and retrieved his briefcase anxiously.

LIVE LONG AND PROSPER WITH A PROLIFE HEALTH PLAN.

A portrait of a loving couple smiled happily in another ad on the train doors. Jonathan stared at the blasphemous image uncomprehendingly. The couples he knew never really smiled romantically. In fact, they never really smiled at all. They just married out of convenience. Marriage was only for beneficial purposes, not love.

The train doors opened, splitting the ad and the couple in half. Disgusted, Jonathan stepped outside quickly. The others who got out on this stop were just rising from their seats.

In a few minutes, Jonathan was out of the train station and walking briskly down the sidewalk. This part of the city was residential. Tract homes lined the streets, with only a few variations in style. A single patch of grass and a neatly manicured tree stood out with color in the front of each home. The houses were painted ugly shades of pale green and gray.

A car, sleek and black, flashed by down the street, followed by scores of more identical cars. It was only going about 50 to 60 mph. It was holding up traffic.

Jonathan pondered this as he walked. He was surprised that no one had caught the driver yet and imprisoned him for hindering the flow of traffic. It would happen eventually, though. City security was very efficient.

A girl’s voice echoed down the street. Jonathan was thrown back by its innocence. Children were very rare, but it was heard of that years ago children were just as common as adults.

“…gently down the stream…”

Jonathan quickened his pace. Oh, how he dearly wanted to see the child! To see a lively spirit, full of joy and happiness! Jonathan’s heart swelled at the thought of experiencing childhood again, oblivious to the cold world!

The girl came into view. She was spinning around on a tricycle, its frame embossed with the word ProLife. Her hair was tied up in little pigtails, her clothes bright green and purple, shining with brilliance against the cold gray that painted the landscape, a delightful sight for Jonathan’s eye. She was on the sidewalk, racing towards Jonathan gleefully. They both finished the rhyme together:

Jonathan smiled, reprieved at the moment of the melancholy daily life.

The girl screamed. One of the tricycle’s back wheels broke and the girl tumbled slowly to the ground and rolled into the street.

Jonathan, still twenty yards away, started to run to her. She seemed okay, but he just wanted to check and—

The girl never saw the car that ran her over and sent her body flying down the street.

It was a slow motion scene, and Jonathan knew he would never forget her face, dazed and innocent, before the car hit her. His mind froze in panic and his mouth screamed.

He sprinted to the unmoving body lying in the street. He knew she was gone. She was hit at 70 miles per hour…

Jonathan looked around wildly for someone, anyone. The sidewalks were empty of pedestrians. The street was now quiet. The car that had hit the girl was gone, uncaring about the life it had just taken.

As he spoke the words, he knew nothing would ever happen. No one would come to his aid.

He neared the girl’s body. Blood was beginning to pool and stain her bright clothes. It was a terrible sight.

“Agh!” Jonathan frantically dug his cell phone out of his pants pocket and feebly pushed on the buttons. His fingers were trembling and he couldn’t get the right number for emergency services.

Screaming in frustration, Jonathan chucked the phone down the street.

Jonathan whirled around to face what could only be a security patrol unit. Two pairs of mirrored sunglasses stared at him. They must have come up behind Jonathan in his delirium.

“Do you realize you are disturbing the peace, citizen?” one officer demanded coldly.

“Officer, this girl was just brutally run down, she needs immediate attention!” Jonathan yelled, on the verge of tears. “She—”

Jonathan was cut off by a searing pain that ripped through his body. He fell to the hard asphalt and laid there until one of the officers, tazer in hand, stooped over him and lifted his unresisting body into the back of the car.

“You are being taken into custody for disturbing the peace, Mr…” The officer, in the front passenger seat now, gripped Jonathan’s wrist and pushed up the sleeve of his shirt, revealing a long barcode tattoo on the underside of his forearm. The officer lifted a device from the dashboard and scanned the barcode. The device beeped and its screen displayed Jonathan’s entire life’s history and information in a nutshell. “…Mr. Jonathan, number 098160743. You will be detained until further notice.”

“The corpse will be removed from the street and incinerated. The appropriate relatives will be notified.” The officer turned and faced the front and the other officer, the driver, put the car in gear and drove.

Jonathan wept. He got one last glimpse of her body as the car rounded a corner. It was so unreal, so appalling. ProLife had taken humanity away from the world. It was unreal.

Life is but a dream… 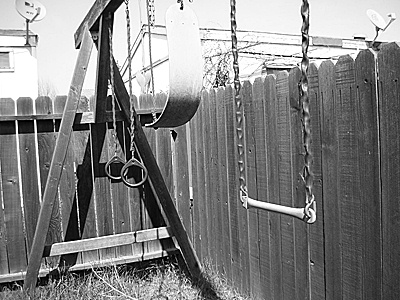 The author's comments:
Since reading There Will Come Soft Rains by Ray Bradbury, I have been fascinated by the idea of a corrupt utopian society. I've read Fahrenheit 451 and The Martian Chronicles (The book the short story Soft Rains is in), which further boost my curiosity. My hope is that the horrors revealed in these types of stories will be the comparisons needed to stop the horrors of this modern time. I used to write for fun, but I realized if I want to make an impression on people and make a difference for the world, I need to write to inspire.

Favorite Quote:
"The future belongs to those who believe in the beauty of their dreams." -Eleanor Roosevelt

View profile
This was awesome, I never thought about life being so corrupt and it opened my eyes to how the world could change so drastically. I liked it a lot :)