Favorite Quote:
"Don't ever let the media tell you what to look like. You're beautiful the way you are. Stay beautiful, keep it ugly." - Gerard Way.

As soon as the words were out of his mouth, I scrambled. My foot twitched, and I was trying to run away when he said, “No, Cal, don’t run –,” but he was too late. I was sprinting away, running for my life, breaking away. Adrenaline pulsed through my veins. I hadn’t felt this free, or this human, in months.
For me, there was nothing going on but that one perfect moment right then and there. There wasn’t a better feeling in the world: to go from a moment filled with terror and horror to a moment filled with bliss and indescribable happiness. I was flying so quickly over the ground it was like I wasn’t even touching the ground; the hard-packed dirt under foot didn’t even make a sound as I hit it.
And then the moment was over as I reached the outskirts of the forest, running straight into the watch-guards. I skidded to an obvious abrupt halt as soon as I saw them, knowing that I could outrun them easily, but also knowing that they had enough fighting skill to take me down in one swift movement. I shoved me hands in my jean pockets, and spun on around on the heel of my black Vans, trying to walk away casually and unseen.
It didn’t work.
“Cal! What the hell are you doing?” The familiar voice helped release some of the tension in my body. I knew this boy well enough to realize that he was my friend.
Brandon.
I whirled around towards the sound of his voice to see him jogging lightly towards me.
“Er, um, nothing.”
“Trying to make a break for it, are we?” Brandon was the only person in here who would actually joke about something like that; hell, Brandon was one of the only people who would joke around period. He was my age, but had been changed a year before me, and he reminded me of my normal life of hanging out with my friends. He helped me to pretend that everything was still normal.
“Of course not, man,” I said putting my head down letting my hair fall over my eyes with a knowing smile on my face.
He laughed a throaty sort of laugh. He stopped shortly after though, his face growing serious, set for duty.
“You know the Royals are looking for you right? Damien was supposed to be coming to get you,” he said looking over my head, as if looking for Damien.
I looked back down at the ground again, putting my hand on the back of my neck. “I know. He came and got me. Hence, the running.”
“Ah, well that is starting to make more sense. Where is he now?”
I searched my mind for his mind, and found it. I saw what he was seeing, and my shoulders slumped low.
“Just crossing the brook now. Should be here in about a minute.”
He shook his head. “Still trips me up how you can do that crazy mind reading stuff. Never met someone who could do that before.”
I nodded stiffly; I’d heard it all before.
“You have any clue what the Royals want to talk to me about?”
He shook his head, again. “Not much. You think someone with a higher ranking like me would get told more stuff, right? Nah. I just overheard from Damien that it had something to do with your special…abilities…powers – or whatever you call them. What do you call them?”
I sighed. “I don’t call them anything, Brandon. I’m just trying to figure out how to control them, and deal with them all. It’s impossible.”
“Sorry. Touchy topic, forgot. Anyways, you got be strong in there man, or else the Royals will rip you apart. Literally.”
“Ha-ha. Good one.”
“I’m not joking though. They are intense, and are truthfully scary. Be strong, and don’t let your guard down for anything. Don’t trust anything they say either. Anything they say, Cal, you hear me? Don’t believe them.”
I was confused, and curious as to how he knew all of this, but didn’t have anytime to question him.
“Damien will be here in five, four, three, two…”
Damien came crashing in through the trees, angry as ever. 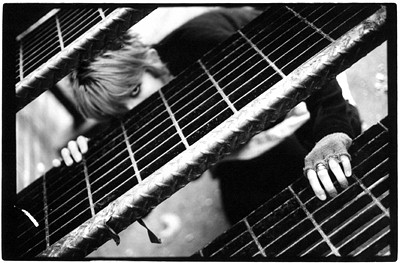