Two hooded figures approached Serus. The city gleamed in the late afternoon sun, its towers casting massive shadows, and the figures could smell what they thought was incense from evening rituals. Little did they know it was the spark to a war that would last a century… and divide a world.


Aran bounced lightly on his horse as they travelled up a steep hill towards the city Serus. He dreaded coming here, it always either smelled of incense or fish, both of which made him sick to his stomach. Yet, he kept his stoic gaze and shifted in his pure white, gleaming armor. The shoulder plates were jutting outward from the neck and the breast-plate was glowing in the sun. His helm’s mask was flipped up, so to navigate the tricky rocks and cliffs that Serus was built on. He turned to his companion, Jayna, and spoke in a deep, gravelly voice

“We are approaching Serus, raise the flag.” He commanded

“Well, I can see we are approaching Serus, I am not blind. And the flag is on your horse.” Jayna retorted. Aran chuckled quietly, although he was usually not one to laugh or even smile, he had a soft spot in his heart for Jayna. They had known each other since childhood and now were part of The Guardians together. The Guardians were an army of wizards and soldiers banding together to thwart whatever evil may surface on Vaktovia, the only continent on Earth. Their most recent problem were the Dark Riders of Dazania, a massive and fanatical cult who worshipped The Shrouded Ones; evil gods which inhabited Vaktovia thousands of years ago. They ruled the Earth until they were cast out by powerful humans who had discovered there one true weakness…steel. The humans accidentally discovered steel and used it to slay or drive The Shrouded Ones from Earth into their own realm. They then hid the recipe from the rest of humanity because of its potential to do terrible harm; until two hundred years ago, when it was rediscovered. The Dark Riders emerged from the corrupt country Dazania to bring back these gods; the Guardians knew they had to stop them. Back in the present, Aran had raised the flag of the Guardians…a glowing shield with a bright red background into the air, but had received no response from Serus. Puzzled, he spurred his horse into action and galloped up the rest of the hill with Jayna in tow. When he strode up to the gates he found there were no guards perched up in the weathered stone towers. Aran slid off his horse and grasped the hilt of his sword. He walked up to the small gates and forced them open with the weight of himself and his armor. He looked up to the smoking city and all h*ll broke loose… 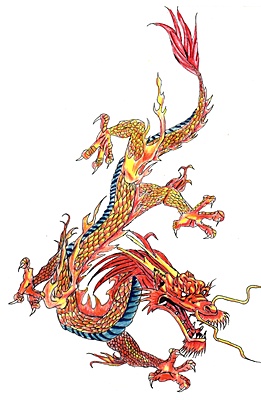 The author's comments:
"I really love writing, and my dream is to become an author. This is the first part of the first chapter of my novel I am writing."
Post a comment
Submit your own

I see the beginning of a fantastic sci-fi story.  Excellent first chapter.