James turned the mechanical glider towards the vessel below.

“What are you doing James?! This is a war zone not some cargo ship!” said Isaac. His mechanical eye

was spinning too fast to see. They had barely survived the explosion of their own ship, the Albatross; he

didn’t want to be on another.

“Isaac, I can’t swim so this is our only source of survival.” The strong red head replied seriously.

They maneuvered to land on the deck. The ship was, in fact, a war ship so the crew was highly suspicious

“We wish to see your captain.” James ordered in such a commanding voice that the soldiers obeyed.

They were led up the helm where the captain pored over a map. She had such red hair that it looked like

it was on fire. It was brought up in a bun, hidden under her beret. Blazing green eyes rose up to meet

them. Her chin was raised.

“And why do you two gentlemen want to see me?” asked the captain stiffly.

“We wish to make an agreement; this ship is heading towards Irongate, I presume?” James said as he

“Yes. And what does this have to do with anything?”

“Well, as you can see, Captain, our ship exploded for some malfunction. You cannot deny that you saw

us spiraling down from there.” James cocked one eyebrow, “We will fight for you in this ship if you take

us to Irongate, Captain.”

Isaac’s face was a picture of dismay. He looked up at James, searching for an explanation. Biting his lip

James had: they needed to get to Irongate.

The Captain thought about it for a minute. “It’s Captain Breakspear to you.” She said as she extended

her hand. They shook on it.

James was outfitted with a stun gun, as the soldiers called them, that shot blinding balls of light that

temporarily paralyzed enemies. The leather handles fit James hand as if it was made for him. Isaac was

that shocked its prisoner. Both had armor that deflected basic ammunition and a dagger.

The gun fire was deafening. James stuck to Isaac no matter where he went. The enemy ship had already

boarded and fighting like wildcats. Soldiers from both sides had many casualties. There was no way to

know where the battle was going, or who would win. Isaac got separated from James in the excitement.

he knew, maybe James heard an unusual sound, maybe he had a sixth sense, but somehow he knew

James padded over to them as stealthily as he could. Isaacs’s eyes brightened at the sight of him. James

whacked the soldier closest to him in the back of his head with the hilt of his gun. The effect was

instantaneous. The soldier slumped into unconsciousness and the other soldier whirled around to face

him. Soldier Number Two was holding a sinister looking onyx sword. In a swirling motion the soldier

dismantled James’ gun with his sword and sent it flying.

James. James saw it out of his peripheral vision and dodged it just in time. The unexpected thrust sent

him off balance and he crashed down. Isaac tried to hit the soldier as he had seen James do because his

gun wouldn’t be of much use at close quarters. The actions distracted the soldier long enough for James

to get up and uppercut the soldier and kick him away. The soldier tripped and lashed out and caught

James with the nick of his sword as he went pin wheeling down. The gash ran down the bicep and into

the hand rendering it useless. James had no time to think about the pain as he left the room with Isaac

trailing behind. He fought like a lion. To the spectators, it almost looked like James had an aura of power

about him, almost glowing. He made his way to the front where he was greeted by men dropping out of

the air craft to help with the battle. The battle was swiftly won after that.

Isaac pulled James aside from the clamor and whispered, “I knew I could count on you. That’s a nasty cut

you have there. You need to get to the infirmary.” And with that, he bustled him out and fussed around

him like a hen.  James was asleep before he even hit the bed. There was a bright red flash of pain that

eased to a dull throbbing as he sat up. He was in a room with several other men who had been wounded

in battle. The nurses’ where everywhere at once, helping with this and that. They helped him up, fed

him, and soon he was ready to go. James still had a cast, but he fitted it up with gears and cogs so it

moved like a real arm. Captain Breakspear carried out her promise and within two weeks they were in

Irongate.  And for many, many years afterward, James always remembered what that gruff Isaac had

said to him, “I knew I could trust you,” Isaac didn’t trust anyone since the incident that no one but Isaac knew about. James was deeply touched. Isaac and he remained closes friends for the rest of their lives. 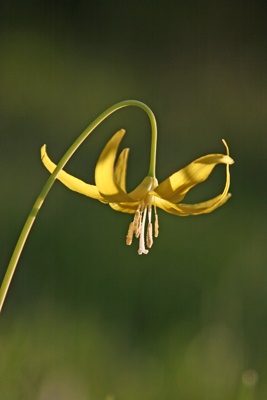