Daniel's mom releases a shaky breath as the doctor pulls her into a hug. What the doctor is suggesting...it might mean that she won't be able to see her son for months. Maybe years.
“What's the other option?” She asks, even though the first would probably be the best.
The doctor frowns, “Well...we could give him Ritalin and see how that goes. But...I really think that he'd be better off with full supervision, 24/7.”
She frowns this time and rubs the back of her neck. The In-residence hospital would probably be the best, but she doesn't want to lose him. She's already lost her husband from cancer.
“How far away would this place be? And when could I visit?” She questions.
The doctor forces a smile. Because he knows that she's going to do the right thing. Even if it does hurt her.
“You would see Daniel at least every month, and I promise, it's not too far. Only about sixteen miles from here. And I have a friend there who will take great care of him.” He explains.
She nods, and for the first time, peers over to see how Daniel's doing. But he's gone.
“Daniel?” She calls out. But she knows that he's already gone and he's in no condition to go anywhere by himself.
The doctor scans the area in confusion before he returns his gaze to his mother.
“He's gone.” He says. And she nods at this, but fear overwhelms her. The last time he wandered off like that, he was run over by a truck.
The doctor seems to just realize and slams his hand on a button on the wall. An alarm springs to life, alerting all the staff that a patient is on the loose. And is highly dangerous to himself.
He springs into action and runs for the nurses' station. Leaving Daniel's mother alone wallowing in fear.

“Daniel Richmond is considered highly dangerous to himself and should be intercepted immediately if run across.”
Daniel frowns, at least, inside his head because the words won't allow him to take over yet.
He isn't dangerous to himself. Not without the words, but that's not what he's frowning about. If anyone stumbles across him, the words will attack, and they won't do it mercilessly.
The words take him down the stairs because they both know it'd be least likely to run into anyone. His bare feet slap the concrete stairs, making noises that are echoing throughout the room, and it churns his stomach. He doesn't want to hurt anyone, especially since they're only trying to help.
“Let me take over,” he begs, “I'll take us outta here.”
They push open the door on the second floor and for a split second, he feels lightheaded. The words have stopped, and Daniel realizes why as soon as he opens his eyes again.
The doctor is there. And his mother is with him.
“Where are you going, Daniel? What is so important that you must leave?” The doctor questions.
Daniel wants to yell, to say that it's not him that's doing all this, but he can't. And the words won't answer him. They just don't run that way. So they stand there, fists clenched and head tilted.
The doctor takes a cautious step towards them, clearly afraid that Daniel's going to do something. But Daniel would never do anything to hurt anyone. It's the words that do it for him.
“You need to rest, okay? Your body is in no condition to take off like this.” The doctor says, reaching out for Daniel.
But they won't move. Not yet. And he hopes that they never do.
The doctor looks perplexed and reaches out for Daniel's hand, but they pull back.
“Why are your eyes dilated?” The doctor mutters under his breath and turns to his mother.
“Has your son taken any prescription drugs since he was brought here?” He asks her.
She blinks a few times in surprise before shaking her head. What does that have to do with anything?
The doctor turns back to Daniel his hands outstretched and feels his arm rise. And his heart speeds up. The words are defensive now, and they won't hold back if the doctor tries to take him down.
“Please, just let me do this. Please! I will ensure that we're outta here!” He exclaims. His ears are buzzing worse now. He gulps, because he knows exactly what that means. The words are about to attack.
The doctor raises a brow, but he keeps going. He's tempting them. He knows that he's ready to punch. But he can't let them.
He forces his eyes shut, his heart pounding, and trying with all his might to pull his arm back. To make the words go away. He won't hurt another person. Especially not a person that's trying to help him.
His eyes open again and the doctor has ahold of his wrist, he's pulling Daniel away from the doors and his mother is beside him, staring at Daniel in horror. He looks cold, as though there's nothing left inside his soul. And when he looks at her, his eyes darken.
“We're going to figure this out. I promise you, Daniel,” The doctor says, turning away from him, “but I need you to relax.”
The doctor pulls a needle out of his pocket and points it in Daniel's direction. He's getting ready to plunge it into his vein, but the words won't let him. They pull Daniel's arm away from the doctor and lash out, catching the doctor on the cheek with his nails. The doctor screeches and drops the needle instantly, but is able to keep his balance and calls out for help. It's pretty clear that he's not going to get Daniel to stay here without force.
Meanwhile, Daniel's nearly tearing himself apart trying to gain control over his body, and when the words attack the doctor, he's able to gain some control over his legs. They fall over, slamming his head against the floor, and by the time Daniel finally takes control, the doctors are pinning him to the ground, holding his arm down as the doctor plunges the needle into his arm.
His body relaxes as his mother drops down to him, cradling his head in her lap as tears drip down her face. She knows that she must let him go to the mental hospital, but she doesn't want to. He's her only family.
Daniel lets out a gasp as pain resides from his head, and opens his eyes, meeting his mother's. But when she sees his eyes this time, they're not cold and hardened. Nor are they dilated.
She can see that he's really tired, and that he's going to become unconscious soon, but he pulls her closer with tears in his eyes.
“I didn't mean to hurt him. I didn't. It was the words.” 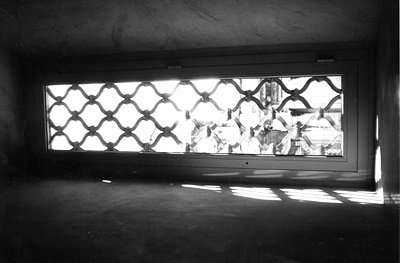 View profile
Thank you so much, NicoAkira!!! This made my day reading it, and I'll get back to you on more of the story. I think you'll be surprised as to where it's going.
xxxxe said...
on Jan. 5 2016 at 8:46 pm
xxxxe, X, Alabama
0 articles 0 photos 18 comments
View profile
Very intriguing idea--can't wait to see where it takes you!