Everything happens for a reason

His face was pale, just like it had been 20 years ago. His light grey eyes shone just like 20 years ago. His hair was still wavy and dark brown. His smile and dimples , were still the same. The way he walked , the way he talked and the way he laughed. But something was different, I didn’t quite know what. His name was Thomas Dunlop. I went to school with him all my youth and all my youth he had a crush on me. Looking back now I regret accepting one of his proposals to go out.
Today I was at my high school reunion. Fraser Valley was the high school I went to. I could tell from the moment I saw him he started avoiding me. He seemed shy or nervous. I’d heard that he’d had a girlfriend and they’d broke up a while back. I had had a boyfriend too , more than 1 actually, maybe even 3. None of them had worked out. All jerks.
I hadn’t changed since then. I was still curly auburn haired girl that still put on the same makeup and same perfume. I liked , and still do , who I am and that’s how I got so much attention and because I’m very good looking. Chatting with tons of friends and even a couple teachers that are actually still here , I tried hard to search for Thomas. Once I did find him I grab his arm, he turned around.
“Hey…Mandy…” he said in a shaky and awkward voice.
“Hey Thomas.” I replied ignoring his nervousness,
“So… what’s up…having fun?”
“Um…yeah…sure…” he said with no sign of emotion.
“ So? What’s new?”
“Um.. not much.”
Obviously he wasn’t making any effort in having a conversation. Probably trying to escape the fastest he possibly could.
“Listen Thomas, I’ve been thinking… It’s been so long, how about we go eat… you know catch up?”
He tensed. It took a while to get a reply. He seemed to be slow.
“Um…I don’t know…You know I just broke up with Ashley…”
“OH , no no! I didn’t mean it that way!” Was he doing this on purpose?
“Just a friendly café and chat.”
“I really don’t know…”
For some reason he kept looking away as if waiting for something or someone.
Silence started tension again.
“ Well… what about a walk?”
Thomas bit his lip, just like 20 years ago. His face twisted painfully.
“I don’t…” Before he could finish I slid my arm into his and started walking with him, which drove him crazy 20 years ago , I guess not anymore. He resisted. But I pulled him to me.
“C’mon Thomas! It’ll be fun! It’s been such a long time!” And then he did something Wasn’t expecting. He grabbed my arm tightly and firmly and said through clenched teeth.
“ I DON’T WANT TO!” I was dumbstruck. My mouth ajar and my eyes bulging. Never had he told me that and in that way. I swallowed and was speechless. And with that he left. I watched him leave but quickly cleared my throat and chased him. Something wasn’t right here.
“Thomas! Thomas! Wait up! Thomas!” I started running. “ I didn’t mean to ….Thomas!”
He didn’t listen. Nor did he dare stop. I finally reached him and grabbed his shoulder. He quickly turned around and pulled me by my arm and walked to the forest further form the gathering.
“Ouch! Thomas! What’s gotten into you?” He didn’t respond.
“Thomas ! Answer me for god sakes! “ Still, no reply.
When we arrived in the woods he let me go. He had a stern face on. I rubbed my arm and questioned him some more. I wanted answers!
“Why are acting like this? What’s wrong Thomas? Tell me. I care about you.”
“ NO you don’t! You don’t give a s*** about me!”
I was puzzled.
“OH don’t give me that look! I know from inside out Mandy! Don’t you dare pretend you don’t understand me!” he yelled.
I didn’t respond.
“ I…. I… I loved you all those years…..”
“I-“ he cut me off.
“ Mandy, leave me alone. I don’t want to see you ever again.”
“But-“
“No.”
“But Thom-“
“For f*** sake Mandy! I mean it! IT’s for your own good!”
“ I don’t understand. what are you talking about?”
“You don’t have to. I’ve changed over the years. You need to leave me alone now.”
“What? But why?”
His fists balled up and he took in a big breath and clenched his jaw.
“Leave now.” He said holding on to his last piece of patience
“But-“
“Mandy!”
I was about to argue again when he said the last thing that I can remember.
“I’m a murderer.”
And my life changed forever 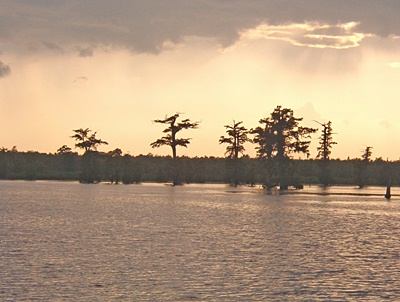