Cause and Effect Essay on Cancel Culture

What if there was a way to blot out every racist, sexist, and discriminating act from society? In the culture we live in today, there is an increasingly intensified aim at eradicating the chauvinistic norms of our forefathers. At surface level, the Cancel Culture movement is a citizen let campaign aimed at just that. Under the surface however, Cancel Culture causes more harm than good by diminishing the rights of freedom of speech through the use of public shaming.

“Shame corrodes the very part of us that believes we are capable of change,” voices Brene Brown (1). Sadly, shame is the power used to control individuals through the Cancel Culture movement. A mob of people band together to shame an individual for voicing different beliefs than their own. However, instead of the desired affect of convincing an individual their belief is wrong, shaming results in individuals hiding their true feelings to avoid public disgrace. Through this type of control, the majority is able to openly speak their opinions, while people with contradicting beliefs have to choose between public disgrace and ridicule or pretending to support something they disagree with.

There is no trial and error in the assessments of the Cancel Culture movement. Instead, each mistake a person makes contributes to their identity. Evan Gerstmann shares that Cancel Culture defines you as “no better than your worst moment no matter how young you were when you transgressed, even if it was an isolated incident”(4). One small mistake can become a label for life as it it broadcasted wildly over social media sites and documented on nasty posts and tweets. Instead of allowing a person to repent and grow from their mistakes, it has become a growing trend to “cancel” them from the civil society. As Dr. Marques states, being canceled “can essentially feel like you are being attacked by the whole world” (12). An individual who has been canceled becomes an outsider to society, leading to feelings of isolation, depression, and anxiety. It has been observed that this movement has been harmful to an individual’s mental state, with the “canceled” many times being prone to chronic anxiety and depression. This “campaign” is a form of cyberbullying, which has been proven to have more prominent effect on the victim than in traditional bullying. A study recorded by the NCBI found that adolescents who were victims of cyberbullying were twice as likely to commit suicide than others who were not exposed to cyberbullying.

“Liberty is meaningless where the right to utter one’s thoughts and opinions has ceased to exist,” said Frederick Douglass in 1860 (6). Sadly, the Cancel Culture movement attempts to extinguish the free speak of others by removing their rights to openly speak their opinions. Considering the options of others “censored” content, social media companies, under the influence of Cancel Culture, take down and ban certain tweets, posts, and accounts for actively voicing their thoughts on the problems of society. At the same time however, the media makes a platform for the “other side of the story,” allowing others to view bias thoughts and opinions without the option of examining the other side. Media managers claim this “censorship” is a way to prevent the spread of false information, but who is evaluating what information is true and false when both sides are based on opinions? John Gibson, once president of the American gaming studio Tripwire Interactive, lost his job through tweeting his approval of the US Supreme Court’s upholding of the Texas law banning abortion of babies with a heartbeat. J.K. Rowling, author of the Harry Potter series, was “canceled” for expressing her concerns on the safety of woman who must share public restrooms and locker rooms with the trans community. This supposedly equal rights movement is used as a way to limit the freedom of speech from people who do not share the same values as the supporters of Cancel Culture.

At surface level, Cancel Culture is seen as a way to better society through pointing out unjust actions and words, though its actual effect goes much deeper than that. Through public shaming and the dismantle of freedom of speech, individuals are controlled and mentally wounded by the Cancel Culture movement.

Brown, C. Brené. I Thought It Was Just Me: Women Reclaiming Power and Courage in a Culture of Shame. Gotham Books, 2007.

Greenspan, Rachel E. “How 'Cancel Culture' Quickly Became One of the Buzziest and Most Controversial Ideas on the Internet.” Insider, Insider, 6 Aug. 2020, insider.com/cancel-culture-meaning-history-origin-phrase-used-negatively-2020-7. 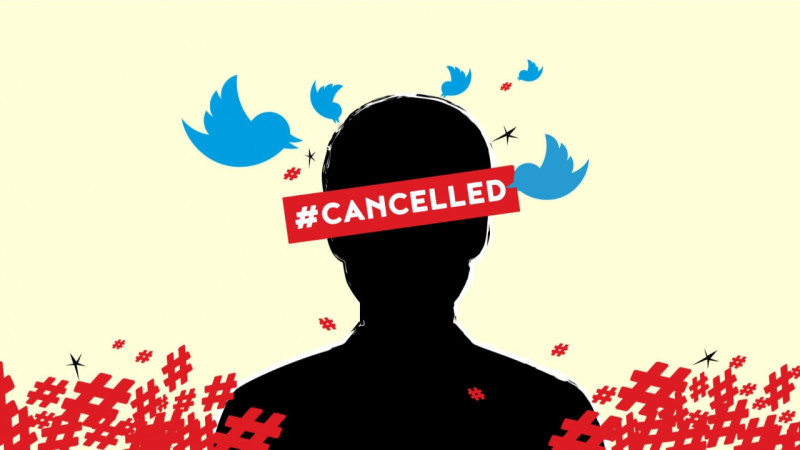 I'm Riley Bea, a 16 year old writer, student, and artist from Hawaii. I am passionate about encouraging others to take the stand against society in order to showcase what they believe in. Having been roused by the Media's pressure on our society as a whole, I hope to inspire others to question social norms and not be swayed by the popular opinions of others.