Pro and Con Captivity for Orcas in Sea World

Ever since I was a little girl i have always wanted to be a Killer whale trainer. Of course I never realized how controversial captivity was.

Pro Captivity
There is so much we can learn from Orcas in captivity. Biologists really don't know much about killer whales in the wild. We can't watch them 24/7 and we can't live in their environment. Being with these mammals up-close could give us some clues about how they interact with each other. Including physical behavior, their dialect, and how their families work together.

Anti-Captivity.
Did you know that Killer whales have hearing like a dog? They can hear from miles and miles away. The tanks that orcas are kept in have filtration systems that make a lot of noise. With the hearing of a dog...those noises will eventually drive you crazy. Killer whales and dolphins have been known to kill themselves from the stress of the noise. Not only are the tanks noise infested, they are too small. Sea World has about eight whales,if not more, in the tanks. A 36 foot deep pool is not enough room for eight killer whales. If you have seen pictures of Orcas in the wild, their dorsal fins are erect. If you have ever seen a killer whale at sea world, their dorsal fins are flopped over. Scientists believe that this is caused by the lack of space. However, no one really knows.
The next time you go to Sea World or even the ocean and you see a killer whale. Just think about how that animal must live. 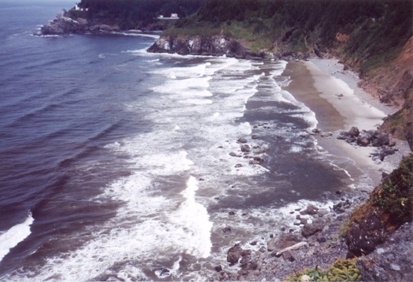 The author's comments:
I have always been interested in Killer whales. I hope that when people read this that there is good and bad to everything and that you should know the facts before you make your decision.
Post a comment
Submit your own

CYBERPLAYER_007 said...
on Sep. 16 2015 at 12:38 pm
U have a very creative brain keep it up n u will alwaz win the top
orcalover100 said...
on Jun. 1 2015 at 10:15 am
i think they explore other places like seaworld instead of the same old things
toosie roll said...
on Apr. 1 2015 at 3:33 pm
Can yall be more persific
OrcaLoverFreeTilikum BRONZE said...
on Jul. 25 2014 at 6:53 pm
OrcaLoverFreeTilikum BRONZE, Bethel, Connecticut
1 article 0 photos 2 comments
View profile
I personally suggest you become a marine mammologist rather than a trainer. Trainers can get hurt, or even killed in Keltie Byrne and Dawn Brancheau's cases. It damages the orcas as well.
bob2448 said...
on Apr. 9 2014 at 9:25 pm
Your pro-captivity argument is not sound as you have provided false information. Marine biologists actually know a great deal about orca whales from the 40+ years of research performed especially in the Puget Sound. By studying the Southern Resident population of Washington and the Northern Resident population of British Columbia, we have learned how these animals hunt, breed, interact, and have even discovered the existence of languages among orcas as each pod actually has a very unique dialect. The only sound part of your argument would be the fact that we are not able to live in the ocean with orcas although we are capable of watching them 24/7: many individuals are tagged with tracking devices so we can better understand pod movements.