Favorite Quote:
“It is said that your life flashes before your eyes just before you die. That is true, it's called Life.”
--Terry Pratchett

His name was Kai, one of half a dozen Hawaiian names meaning "ocean," and he sat next to me on the school bus. He had the dark skin, thick hair and heavy stature of most native islanders. In order to succeed in life, Kai would have to survive in Puna, a district with the highest rate of methamphetamine addiction and some of the lowest scoring schools in the nation. He would also have to overcome a long history of racism.

In Michigan as a half Asian I was used to standing out like a sore thumb, so when I first moved to Hawaii I was surprised at the animosity many native islanders felt towards me for being half white. They even had a special derogatory term, "haole," for outsiders, especially Caucasians. As I learned more about Hawaiian history and culture I began to understand their bitterness. Native Hawaiians have been mistreated since Captain Cook "discovered" their islands in 1778. Wealthy European merchants and businessmen slowly confiscated the Hawaiians' property, one acre of ancestral land at a time. This has created many disturbing symptoms today. For example, Hawaii has the highest attempted teen suicide rate in the country.

What could I say to someone who was wronged and against whom extreme odds were stacked long before either of us was born? Some government provisions attempt amelioration by setting aside parcels of land that Hawaiians can rent cheaply, but leasing back their own land, no matter the price, is not economic justice. For any real progress and healing there must be permanent and true ownership of land. Hawaiians must have justice on an economic and social level in order to become a supportive community and revitalize their culture. This has yet to happen, but progress has been made through education in the Hawaiian-only Kamehameha schools that teach lessons in ancient Hawaiian culture while giving students a chance at higher learning and better jobs. Perhaps even more importantly, racism must be addressed on a personal level. Individual people, both Hawaiians by blood and Hawaiians by immigration, have to be willing to work together and return good will even when wronged.

Kai made a daring choice; instead of hating me as he had every right to do, he welcomed me. We were only ten years old, but I recognized in his kindness the maturity of someone who saw our differences and decided they were not insurmountable, after all. Instead, he focused on our shared humanity and interests. Change is difficult; humans, by nature, are stubborn. However, in my friendship with Kai and other Hawaiians since then I have hope that our generation has the potential to promote equality in the islands and to provide a model of reconciliation for our country. 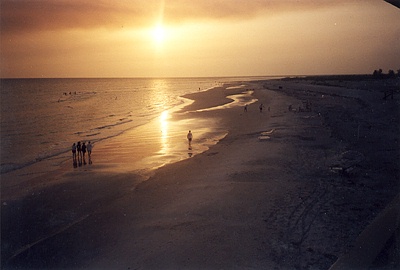 The author's comments:
This was a college application essay about my thoughts on racism. While past injustices against African and Native Americans are a hot topic in literature, I feel that the story of Hawaii, the fiftieth state, has been largely untold.
Post a comment
Submit your own