The lights dim, shadowing the eager faces of the audience from view, their focus seemingly fixated on a single person; you. You can’t make out their features, but a quick skim of the scattered silhouettes reveals the shadow of your family hidden among the crowd, faces light up with shining, expectant grins. Its hard to suppress your own nervous smile, but you force it down and hold the silent, prestigious gaze into the crowd. You try to ignore the hundreds of eyes bearing down at you, because you know that their eager stare would be too overwhelming - simply too much to take in.

Distinctly, you notice the conductor saunter to the center of the stage and give a deep, luxurious bow, before turning back to face you and your colleagues. Widening his timid smile, the conductor raises his hands into the air, and like puppets tugged by their strings, you and your peers lift your instruments into the air. You are ready for this; to fill the hollowed silence that hovers as an expectant barrier between the players and the listeners. You are ready to carve that silence into a masterpiece; but at the same time, you are terrified that it may only be a mistake.

This is it. This is where everything - your weekly rehearsals and nightly practices without relent - either pay off, or turn out to be all for nothing.

You hold your breath, savoring the tense moment of silence that fills the stage; hesitant, but wanting. You hold it as the conductor shapes his hands with the inklings of beginning. You hold it until the first note strikes through the silence and launches the listeners into a whole other dimension. And then; release.

Each note is a story, with its own personality. Some start rampant and taper into silence, while others quake the room and carve out your being with their ferocity. You are familiar with these notes and have written their story, but you have to believe in that story to make it reality.

As you stretch your purpose and will over the song, note after note and story after story, you start to find yourself winding down an abandoned path, wandering aimlessly in the midst of timid rainfall as the forest around you watches with sly interest. You follow the path as best as you can, but the rain is falling heavily now, making the soil you track turn wet and muddy. The forest leans in, almost swallowing it from sight, but in a sprint of desperation you leap through the tunnel of foliage to find your footing again with the clap of a thunderbolt.
The sky is falling, in sheets of freezing rain that beat you down as you walk through the fading path, groping for an escape - but the path is gone, eaten by water and leaves.

In retaliation, you run through the bush, making a new path that takes you to places where no traveller has been. The rain gently subsides to a weak trickle, clouds fading from silky grays to crystalline whites, a bright turquoise sky filling in the dark hues. Rays of beaded sunlight leak through the clouds, and you stop, taking in the sight before you.

It is more beautiful than anything you have ever seen before. They sky’s trickling blues bleeding into the shimmering silvers of the waterfalls, the lush green forests sparring with the healthy brwn that seeps from the very earth. A valley expanded before you, full of life and vibrant with meaning. You hear birdcall - a faint twittering in the distance, as two sparrows question each other with their musical chatter. A relaxed gust of wind exhales over the valley, and with it, you sight, opening your eyes and leaving it all behind.

The song is over now, your instrument neatly placed back on your lap with gentle care. You catch the wide grin plastered over the conductor’s face as he bows to the crowd and happily accepts a bouquet of flowers. With the wave of his hand, you stand in unison with your peers, letting out the carefree smile you had hidden before. The audience erupts in applause, and you find that you still can’t focus on their expectant eyes, not because you are overwhelmed by their number, but because the journey is captured in all of those eyes as well as yours, each different, each unique. And seeing the same journey so many ways is simply too overwhelming to see.

You know that music, however temporary, is art - but in order to really unlock its beauty, you can’t just have a bunch of lines on paper. You need an armada adventurers, explorers - people who will dive into the story those splotches of ink depict and reveal its beauty for all to see. It only lasts a moment; a single, fleeting moment. But that moment can be the most spectacular in history.

You know this, and you also know that the journey you just took was one of the most amazing you have ever undertaken. Stealing a moment to wonder at the strange art music is, you slowly make your way off the stage and leave the song behind until it is reopened by another explorer, ready to follow the same path with their own twists. 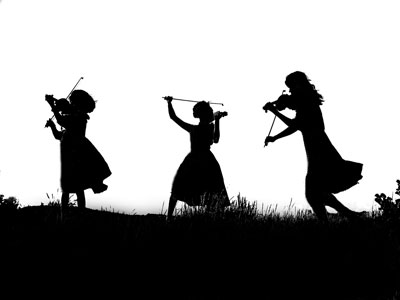 This article has 15 comments.

Favorite Quote:
Your life has a limit but knowledge has none. (Zhuangzi)

View profile
Superb writing.The way you described the art of music and sprinkled in the lovely imagery and reflections would make even a non-musician like me empathize with each word.
Kestrel135 PLATINUM said...
on Jun. 26 2014 at 11:12 am
Kestrel135 PLATINUM, Waterford, Connecticut
43 articles 0 photos 256 comments

View profile
Okay, this peice is really...beautiful.  That is the best word I can think of to match this.  As I read it it reminded me of a song- in its own way.  It flowed so smoothly and the details were perfect.  This truely deserves the editor's choice!  You are avery talented writer. :)
Kestrel135 PLATINUM said...
on Jun. 20 2014 at 5:45 pm
Kestrel135 PLATINUM, Waterford, Connecticut
43 articles 0 photos 256 comments

View profile
Thanks! This piece really was meant to just connect with readers who were affiliated with music, and is definitely one of my best works. Thank you for the comments!
Z.V.Oksana PLATINUM said...
on Jun. 10 2014 at 6:22 pm
Z.V.Oksana PLATINUM, Harrison, Arkansas
22 articles 1 photo 60 comments

Favorite Quote:
“Maybe you can afford to wait. Maybe for you there's a tomorrow. Maybe for you there's one thousand tomorrows, or three thousand, or ten, so much time you can bathe in it, roll around it, let it slide like coins through you fingers. So much time you can waste it.
But for some of us there's only today. And the truth is, you never really know.”
― Lauren Oliver, Before I Fall

View profile
What gorgeous imagery! This is truly a fantastic piece of writing. Since I play in band, this work appeals to me on a more personal level, and I understand 100% the feelings you describe.
WOWriting SILVER said...
on May. 31 2014 at 7:32 am
WOWriting SILVER, Broadstairs, Other
5 articles 0 photos 266 comments
View profile
My poem 'sometimes' if u have the time? :)
Kestrel135 PLATINUM said...
on May. 30 2014 at 3:58 pm
Kestrel135 PLATINUM, Waterford, Connecticut
43 articles 0 photos 256 comments

View profile
Oh, and I realized that I had already commented on your article Goodnight, so is there any other article you would like me to give feedback on?
Kestrel135 PLATINUM said...
on May. 30 2014 at 3:55 pm
Kestrel135 PLATINUM, Waterford, Connecticut
43 articles 0 photos 256 comments

View profile
Thanks! This is my rough draft, and my revised version is a little smoother (I hope) and without all the spelling errors. I have to agree that it does drag in some places, though, so I'll try to smooth those areas out as best as I can. Thank you so much!
WOWriting SILVER said...
on May. 28 2014 at 3:46 pm
WOWriting SILVER, Broadstairs, Other
5 articles 0 photos 266 comments
View profile
First off I have to say this is utterly beautiful. You paint such a picture with words without overdoing it and I am in complete awe of you. Saying that, my concentration did waver as I read on because it does drag on a tiny bit. Also, sometimes you try to fit so much into one sentence that it stops making sense in a way and grammar isn't always up to scratch. Other than that, I absolutely adore this article. I don't know how you do it :) I've performed on stage before, but I usually do dancing so I don't have to focus on the audience and I have to spend more time perfecting my visual performance than really thinking about it :)
Kestrel135 PLATINUM said...
on May. 24 2014 at 3:42 pm
Kestrel135 PLATINUM, Waterford, Connecticut
43 articles 0 photos 256 comments

View profile
Thank you! I'm so glad you could relate to my writing, and your feedback was really helpful. I was hoping to make it so imaginitive and realistic that it really sucked you in. I've been working on my descriptions a lot recently. Seems like it payed off! And I do go over the forums a lot, just because I can. Thank you so much!
TaylorWintry DIAMOND said...
on May. 23 2014 at 2:22 pm
TaylorWintry DIAMOND, Carrollton, Texas
72 articles 0 photos 860 comments

View profile
I'm in band, so I have had that experience way too many times. But I can honestly say I've never thought of music in that way. Doing my solo, sure, I think of it as a song. But band music? No way. This is so beautifully written and the insight embedded here is just breathtaking. You are a really great writer; I would myself sinking into your words and imagining it all in my head. (I even had to look away and let my mind wander for a second.) Your description and attention to detail is just really spot-on. I cannot wait to read more of your work.