I took one step out the door and felt the winter air engulf my eight year old body. Involuntarily, I shivered. Every part of me begged to go inside where I would be warmed not only by the under-used heat but also by my mom. The baby would get mom’s warmth all day while I was at school; it wouldn’t hurt anyone if I asked to share.
I flinched as the sound of an impatient and persistent horn reminded me that there wasn’t time. My dad was outside waiting to take me to school. I braced myself and crossed the driveway to the van where I knew neither it nor my dad could offer me the warmth I needed. It would be just like riding to school with a stranger.
His everyday small talk and no-longer-funny stories were drowned out by the noises of his popsicle stick work van that threatened to, at any moment, crumble beneath us. As we rattled down the road, I hardly noticed when the one way conversation suddenly ended.
I looked over at my dad and watched him shiver before lighting his cigarette. Warmth, I guess, but only for him. I held my breath, silently testing my endurance. Finally succumbing to the aching in my lungs, I inhaled deeply. The warm clean air that I was hoping for didn’t exist. Not here, not in his car. Instead, my body was filled with a horrid mixture of the burning cold air and smoke. Toxic beyond a level that he would ever comprehend. I coughed. He threw his cigarette out the window leaving its smoke to choke someone or something that wasn’t his eight-year-old daughter.
Suddenly, my cheeks flushed. I knew that throwing out his cigarette was not a noble act of compassion. Why then was I being warmed by it? But what had warmed me wasn’t inside. It was one hundred percent coming from the smoke that was inexplicably filling the van. I was sure he threw his cigarette out the window. How…?
Hands. His hand searched for the source of the problem as he slowed a bit. “When I tell you to, I want you to get out of the car.” I nodded, and with tears running down my face, I jumped from the hot moving car and onto the cold lawn of H&R Block.
Finally bringing the car to a stop he got out a few yards from me. I stood frozen where I was and watched the scene unfurl.

He opened the hood of the van and let an explosion of fire be spilled relentlessly into the winter air. ‘Too hot’ mixing with ‘too cold’; dancing together with uncertainty. Tears blurred out the sight as I heard my dad yell to a stranger at the stop light, “Call 911!” Just a stranger with a cell phone.

Though the station was just around the corner, the fire department took nearly a half hour to get there. During that time my dad had managed to sneak away across the street to use the phone at the gas station. I stood there, alone, watching the flames from a ‘safe’ distance.

The stranger from the gas station tagged along when he came back, pleased to have some excitement in his day. The fire fighters came to put out the fire; just strangers, doing their job. People riding by gawked at the flames; strangers, who would have something out of the ordinary to talk about at work.

Then arms were around me, hugging me, lifting me, hands, wiping away my tears. Her hands. I was filled with warmth but not the disquieting kind that was still eating away at my dad’s truck. It was my mom’s warmth. Small words but not small talk: “It’s okay. I love you. You’ll be alright”

I still got to school on time that day. No one knew what had happened. No one knew that my cold ride to school was burned away. No one knew about all of the strangers. All they saw was me: driven to school in my mom’s warm car, ready to start the day with a smile on my face. 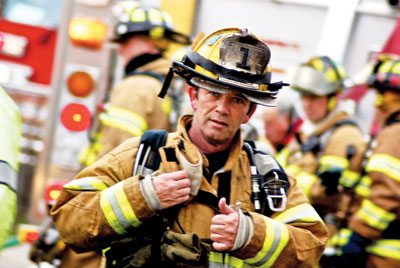 Favorite Quote:
My favorite quote changes often, but today is : "Fashions fade, but style is eternal." by Yves Saint Laurent. I can go completely ga-ga over the designs of YSL...