My Journey to Black Belt

I sat with anticipation. The stage lights in the auditorium burned right through me. Trying to sit still as I fill with nervous excitement. The hard work was behind me having already been completed. The audience had been entertained from our earlier performances, but now I had to sit and wait. Waiting for my name to be called with a black belt half tied around my waist. I feel as if this moment will last forever as a permanent memory, it’s image being burned into my mind. While others were walking up, my stomach was on a rollercoaster made of butterflies, wondering when my turn was up until it happened. My name was called; it was my turn. I went up to the front of the stage where my instructors were. The head instructor said, “You have been promoted to first degree black belt,” as he tied the final knot in my belt. That was my first black belt graduation I have been through, but before the graduation there is the test.

The 500 jumping jacks weren’t much of anything except boring. That was the only part of the test that was going to be simple however. From there we wen’t into more exercises ranging from footwork on a ladder, squats, sit ups, push-ups, and more. The arduous work making your muscles start to be pushed further and further towards the limit that had been grown by the classes before. Feeling pride that you can keep going and keep pushing yourself. The exercises, leaving you out of breath, was followed by 4-5 minutes of running to help you catch your breath while sweat dripped down from your forehead. However, that was just a small part of the test. About 10 minutes had passed. Only 5 hours and 50 more minutes to go.

The dojo had a big mat throughout the whole floor leaving a path to the restrooms and other rooms. The shoe rack next to the wall resting on the new carpet as you passed their desk. The mat was red and blue, with white stars on them. The energy going back inside you as you walk through the door. Just being inside makes me feel more uplifted, my body preparing for it's routine. I walk in and bow, then walk and set my bag down on the edge of the mat where there is room. Sometimes walking into a mat lined with bags from how many people showed up, the mat would be filled with people taking up a star.

The ones who test people for their black belt test are the intructors. The instuctors will greet you with a smile and ask how you are, but when you are on the floor they all have their differences. They always wear the same uniform as each other, changing each day. When you’re on the floor, their presence stands tall proving their qualifications. Some push us harder physically and some focus more on control. Overall, they push you harder on the mat, and are friendly and helpful off the mat.

Going through the process of getting my black belt is something I'm never going to forget. Being able to perform in the auditorium in a bigger setting is a lot more fun, running behind the curtains waiting for your turn to perform what you learned. I also might forget a lot of the black belt testing process since it has been a while, but the first hour or so seems clear to me. The whole experience is tough, but so rewarding. It definitely impacted my character knowing that I can overcome hardship. Since then I have tested a 2nd time and gotten my 2nd degree blackbelt and hopefully am on my way to start testing for a 3rd degree blackbelt in a few months. 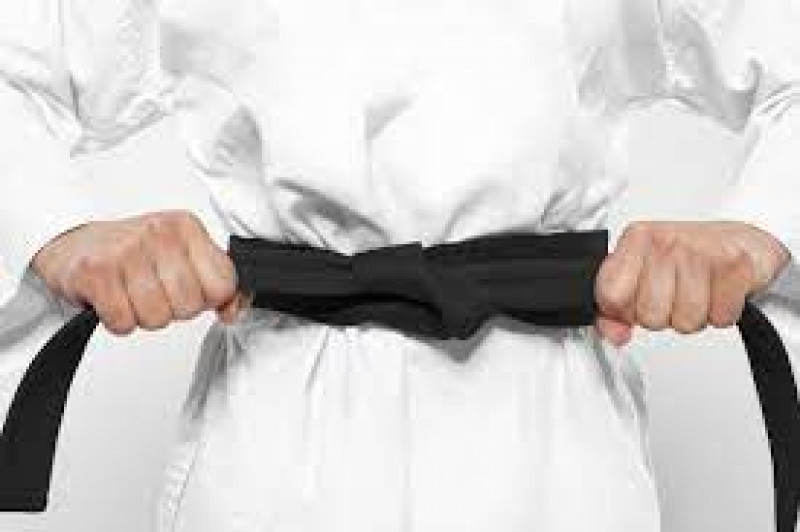 This was about me going through the process of getting my first degree black belt. This took me over 3 years to get, so I focused on the black belt test and graduation. This is something I pride myself in having acomplished and continue to this day.