Favorite Quote:
“Life, although it may only be an accumulation of anguish, is dear to me, and I will defend it.” - Mary Shelley

As a young girl, I’d always dreamed of creating or pursuing something worth meaning to the world. The kind of feeling you get after watching an impactful movie, or the kind you get after reading a gut-wrenching book. I find the things worth feeling always tend to linger around, whether it causes joy or disdain. A particularly painful example, being our invisible scars.

These are the kind of scars that can’t be seen but can be felt so heavily that they affect every thought, word, or action we speak into existence.  Sometimes, they develop over time through constant gut-wrenching words. Others we have no control over, such as the feeling of being inadequate since birth. Yet they always find a way to possess us and haunt us throughout our entire lives. Some grow to form a bond with theirs, building a secret world where they can find themselves at peace with the ghosts that once haunted them. While some live their lives constantly fighting their demons.

For me, I wanted to be the kind of person who tried to understand every aspect of themselves. Whether that meant the things others found beautiful; my laughter, my frizzy hair, my eyes in the sun. Or the things that were viewed as negative by those same people; my sensitivity, my awkwardness, my disdain for the ordinary. But the things that were hardest to understand were what I hated within myself; my frizzy hair, my sensitivity, my awkwardness, my laughter, my smile, and my disdain for the ordinary.

It’s silly, isn’t it? To try and understand why I feel those things. Yet my entire life I’ve been drawn towards understanding those aspects myself. To understand why someone viewed some things as pure and delicate, and why they viewed others as disdainful or bleak. Through the lens of my psyche, they all managed to be viewed as a horrendous apparition that haunted me constantly.

Every word said in a mirror hurts more than when others say it, every action done by others hurt’s when it only reinforces something you’ve already felt. That feeling of constantly being left out or miss-viewed by others. If only they knew how much it hurt me since that feeling has been following me around since I first can remember. You can’t say it aloud because they wouldn’t feel that feeling you’ve felt for so long. They haven’t shed every tear you have since you were a little girl. They don’t feel that pit in your stomach, which you’ve recognized to be there from a lack of substance rather than an addition of.

I’ve craved my entire life for someone or something to recognize this feeling, that has impacted me so much. Nothing hurts worse than when they ignore your scars and pass them off as non-existent or meaningless. Are all the tears I've shed then non-existent? Is the pain I've felt meaningless? How they see every pain I’ve ever felt and pass it off as nothing. Was none of it worth it? Am I not worth it? I am only myself if my invisible scars are there, without them I am no more.

Has the specter who’s been following me just been a manifestation of the negative things I feel about myself? Someone for me, and those around me to root against? Am I supposed to defeat it? But why, why should I have to kill off the parts of myself I hate. It’s still me after all, behind its terrifying appearance it’s the same young girl who wished to pursue something with meaning behind it. Something like scars can’t be viewed with a black and white worldview. Because trying to kill off the things you hate about yourself is trying to kill off a part of you. And trying to ignore it, won’t make it go away.

Then I don’t want to move on, or forget. But I will forgive myself, I will forgive myself for hating that part of me so much. Because even my hatred towards those scars is one of them. Does that then change the way I hurt or cope? It might not change the way others treat me, but it does change the way I treat myself during these moments of sadness. I no longer feel the need to blame myself, but rather be okay with myself. I am only human after all, and it’s only human to fear the unknown or invisible.

Does this mean that I can finally forgive others as well, for being excluded? I don’t have the answer yet. But do I have a better understanding that they have their own invisible scars. Some are still fighting their apparitions or trying to ignore them. Because after all, it’s only human to fear invisible scars. 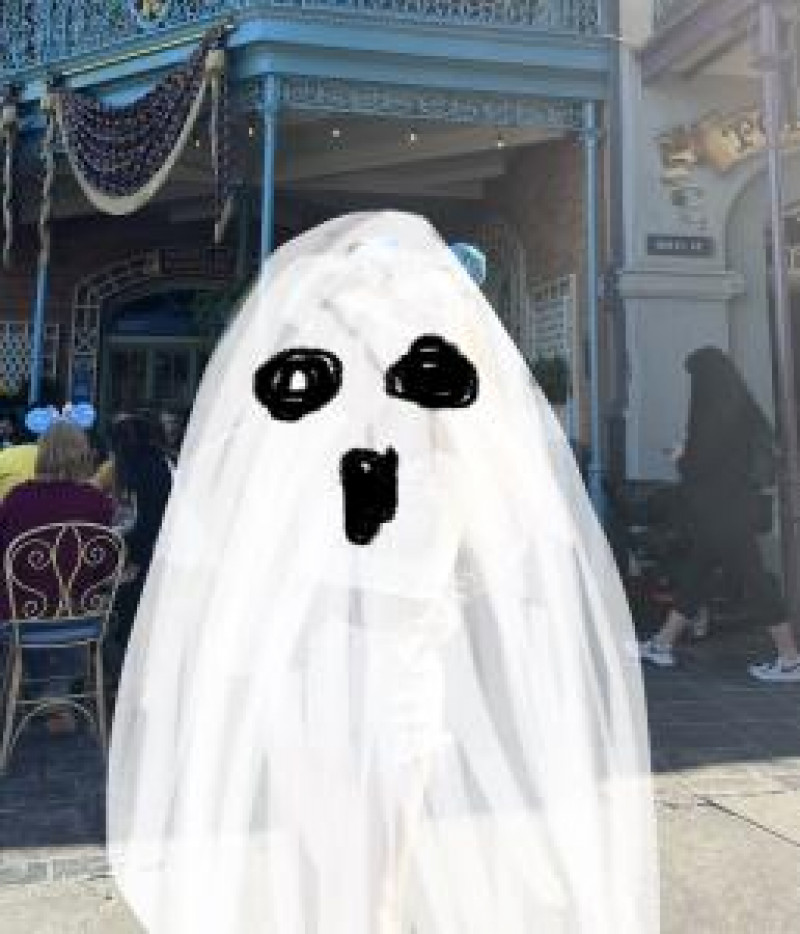