How I'm Surviving High School Without the Sex, Drugs, and Alcohol | Teen Ink

How I'm Surviving High School Without the Sex, Drugs, and Alcohol

Growing up as a teenager in this era has been anything but easy. We are constantly being directly and indirectly pressured to do outrageous things: lose your virginity in the backseat of your boyfriend of 1 month's car, have a sip or ten of vodka, smoke a dozen cigarettes, etc. It can be hard to say no to any of these things, especially when it seems like EVERYONE is doing it.

A simple example is your school's cafeteria. I go to a small all-girl's school that only has about four hundred students. Nonetheless, I know that at least 80% of the students in my school have engaged in some sort of "cool" behavior. Look to my right, there's the table to girls who drink every weekend. The next table over are the girls who smoke, drink, AND have sex. The table to my left are the girls who think they can get away with selling weed in school and the people at the table in the far corner are one broken condom away from getting pregnant. It's the jungle of illegal and/or immoral behavior.

Though it's only a two letter word, "no" is one of the hardest words to say. So how am I getting through high school sober and sex-free? I'll show you:

Imagine yourself twenty-five years from now. You are in your mid-forties with four kids. Two of them are currently teenagers in high school, the other two still in grade school. Now imagine you are collecting your fifteen year-old daughter's laundry off her floor and under her bed you notice a box of condoms and a Plan B pill. Now forget your daughter for a second and move on to your seventeen year-old son. His room reeks of cologne, too much cologne. You do some searching and come across a bong and some packaged weed. So that's two kids down, two to go. You talk to your two youngest kids, one of them a girl and the other a boy. You ask your thirteen year-old daughter if her sister has ever mentioned doing anything "bad." Your younger daughter says that her sister says she's going out to the movies with her friends but really she's at her boyfriend's house partying and having sex. She also mentions that her sister gives her tips that will attract all the guys. Now your twelve year-old son says that his brother pays him to cover for him while he's out getting high with his friends. He's also hid his stash of cigarettes underneath the backseat of his car. What a family.

So basically, I asked myself the question, if I were a parent, how would I feel if my daughter was going out every night getting high or drunk and having premarital sex? Obviously, I would still unconditionally love my children; that's what a parent is supposed to do, no matter how bad their kids screw up. But I would also be disappointed, not just with my kids but with myself. If my kids were to engage in that behavior, I would automatically blame myself for not warning them and educating them about how bad these things are.

Imagine one more thing: Picture yourself telling your mom that you have done drugs, gotten drunk, and have had loads of sex, even though your mom told you that you shouldn't do those things. You tell her that you didn't listen or care about what she said. Picture your mom's face. Her heart breaks, her eyes water, and she sobs. She blames herself for your behavior while she thinks to herself, "How could my own daughter do these things to me?" Think about it. These behaviors don't just affect you here.

Whenever I feel pressured, I think of these two scenarios. I bet it's pretty hard to have sex when you're thinking about your beloved mother crying. And I honestly hope that statement ruins those immoral urges for you, because that is exactly my point. Don't waste away your teenage years by getting high or drinking or having sex. Do something productive with your life. Live, but don't live stupidly. Do you really want to be middle-aged and unhappy because you are living with the consequences of your younger self's actions? Do you really want your kids, the center of your world, to go out every weekend and do the things you do? Do you really want to betray your parents, the people who have done, do, and will always do EVERYTHING for you? Think about that for a minute. 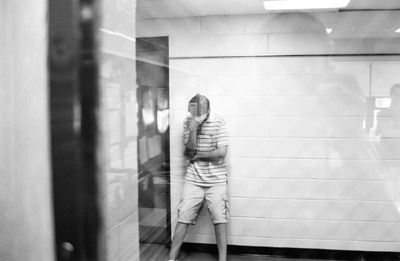 Favorite Quote:
"To love is to surpass one's self."

View profile
I LOVED this.   And just so you know, you're not alone. Other teenagers choose abstinance and a drug-free life. In fact, I bet a ton of them do. (And I also bet a lot won't be brave enough to admit it ;) )   Five stars.
nikiiiZ GOLD said...
on Feb. 12 2013 at 9:55 pm
nikiiiZ GOLD, Chicago, Illinois
12 articles 0 photos 6 comments
View profile
;) handshake received and returned. Thank you for the kind comments.
GuardianoftheStars GOLD said...
on Feb. 12 2013 at 9:11 pm
GuardianoftheStars GOLD, Shongaloo, Louisiana
17 articles 0 photos 495 comments

View profile
You are a good example. It is so cool you have to guts to say no and to go even farther as to write a paper about it and publish it on the web. I'd like to virtually shake your hand.