Hockey Should Probably be Banned

I always enter hockey with an open mind. Today was no different, I waltzed out with my high pony tail and rugby shirt- feeling like one of those rich boarding school kids, I was sure today I would instanty be magiced in to a rosy cheeked, jolly highbrow in matching plaid underwear. I walked towards the pitch determinedly, holding my stick rigidly, revelling in the knowledge that with this stick i was queen, I had the power. Now this is where I start to falter in sport, arm me with a ball, a stick or a racket and instantly I’m viscous: ‘I will win!’ is my mantra and young children will run away screaming as I approach.

Reason #1
You shout abuse and your out. Nobody likes you. You become a leper. Shameless. A total cow.

So as I expressed earlier I am competitive, more so than the avergae person- I imagine. This time I feel I have a valid excuse. I was runnign along, the wind was in my hair, I was on a roll, I was about to score a goal the world was my (oyster? crestation?) -crab like being? and some girl. Some runs like the wind, ooh look how my hair shines girl stole my shoe. She stole my shoe! The meany stole my shoe. Who does that? So I was running a long the meany stole my shoe and I got mud all over my new, cute, ‘I can play hockey’ socks. I was not happy and somewhere in the heated ‘debate’ that followed I may have implied that her mother was fatter than Texas on pot? -yeah I know, bad comeback.

This of course lead ME (??) to being disqualified for inappropriate behaviour. She stole my shoe :(

Reason #2
The red gra leaves you blind... well it could?

The red gra is lethal. I don’t know if you’ve ever had the misfortune of coming across the evilness that is. It is basically like sand but red and hard and without the promise of sunny days and fish. You run along and it flies up in to your eyes, your mouth, any orifice it can find and breeds. The stuff just never stops being, you wipe your eyes and oops there’s some red gra. You spit (don’t spit- disgusting habit) and small children laugh as spit emerges in a red volcanic eruption of yuk. It will find you. It know where you live, or rather it knows where you like to indulge in heated outdoor activity.

Reason #3
The rules are stupid. Did I mention that?
So, I was allowed back on the pitch after half an hour of sitting impatiently enduring hateful stares that only voldemort or dathvader deserves. My mood had been dampened, but I was still determined that even with dirt incrusted socks I could be the ron weasley of hockey, the matt smith of sport chic. I approached the pitch with upmost caution, at this point the pitch was a battleground, friends were now enemies the only way to possibly escape is to win. I put my heart and soul in to that game, people were starting to trust me again their bleak stares of disappointment were now becoming knowing glances. They knew I would win for them, they understood- she stole my shoe. Then, the inevitable happened, she girl was back- this time with a vengance. She ran past me, I thought maybe she had forgotten (she may have amnesia) or posisbly she was lovely and wanted to be my friend we could get some afternoon tea? Or not, instead she hit the ball in to my leg. She hit the ball in to my leg and somehow, most probaly because the rules are stupid, STUPID, my team lost the ball for obstruction. What is up for that!?

I walked in to hockey a confident, determined individual; I walked out of it with one shoe, a sore leg, red gra in every orifice, a new enemy and less respect for those unsuspecting victims who think that hockey is a great(??) sport. 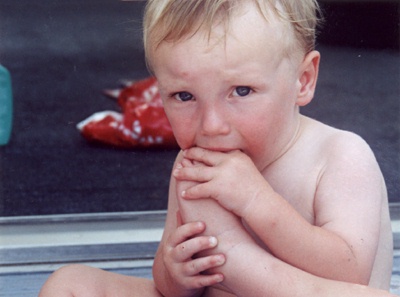 The author's comments:
This is not meant to be taken seriously, please don't get all 'but hockeys great..' with me. Anyway I thought I'd try somethign different, so here it is :) I hope you enjoy. (By the way this is english hockey- if this is different)
Post a comment
Submit your own