A New Kind of Chef MAG

In South Africa everyone avoids strangers. A stranger could easily kidnap, rob, shoot, or even brutally murder you. Unfortunately, my dad didn't seem to understand this. Despite the risks, my dad continued to pick up hitchhikers and hand out cash to anyone who looked in need. I was okay with this at first – until he took it too far.

It had been a long day in Africa. It was our fourth day and our luggage was still lost. We'd spent the day driving to look at hyenas, crocodiles, rhinos, zebras, lions, baboons, ostriches, monkeys, buffalo, and almost every other African animal you can think of. That evening, my dad, a tall, gruff person, ran into an older, eccentric-looking British man who could not find a room for the night. My dad, of course feeling sorry for him, offered our spare room at the guest house. I could not believe it.

The man was quite grateful and offered that his name was Arthur Boyt. He wore a scruffy blue sweater and his thinning gray hair stuck out at odd angles from his cap. He looked slightly frazzled, with glasses on the bridge of his nose. He was probably in his late sixties. He was one of the last people you'd find out in the African Bush, and I did not trust him. I pledged to keep an eye on him at all times while he was in our spare guest room.

We walked to his car, I somewhat reluctantly, and watched as he pulled out a suitcase from a pile of highly odorous plastic bags. He and my dad talked while I hung back. We then walked down the winding trail toward the guest house, the evening sounds of hippos and snorting hyenas filling the dark. We showed him where he could stay, and then headed to our room. However, it wasn't long before we heard a light rap on the door. It was Arthur Boyt.

“I thought you might want to see some of the photographs I took today,” he stammered. “I have some lovely pictures of a lion and hyena fighting. They ­followed my jeep down the road, I guess because they smelled some of the roadkill I had in my car.”

I eyed him suspiciously, wondering why he had roadkill in his car. My dad, a much less cautious person, invited him in as he scrolled through the fuzzy images of birds and beasts.

“I'm an avid birder,” Arthur explained after the millionth picture of the Southern Ground-Hornbill. “I'm from Cornwall, England, and we don't have many birds there. That's why I travel out here. I've been to America and Australia, too, because I enjoy biking and participating in orienteering competitions.”

He was a retired entomologist and seemed harmless, but I don't know what type of normal person enjoys working with bugs.

When Arthur returned to his room, I locked our door. I slept restlessly, and the next morning was relieved to find that he had gone, leaving a small thank-you note. Days passed and I had nearly forgotten about him, when, on a whim, I found a Wi-Fi and Googled his name. Immediately I was blown away by thousands of results. There were articles from the BBC, CNN, YouTube, and all major news sources. Slightly disbelieving, I clicked on one. I came face to face with his picture. Obviously, our British friend was famous!

I was incredulous as I read article after article. The man certainly was famous – he even had his own TV show! But I never would have guessed why. His show was called “The Man Who Eats Badgers: Tales From Bodmin Moor.” Apparently, he was known for cooking roadkill. In fact, he'd eaten no meat but roadkill for 50 years. He'd eaten dead weasel, badger, hedgehog, skunk, squirrel, rabbit, rat, cat, fox, mice, deer, and pigeon. His wife, needless to say, was a vegetarian. On YouTube, I watched a documentary recounting all the threatening phone calls he got, and how he was writing a soon-to-be-bestseller cookbook. I couldn't help laughing as it quoted him saying he found the food “safe, healthy, legal, and cheap,” and that “even the green stuff was good – if not a bit bland.”

I couldn't believe I'd met such a person. He'd made hedgehog sandwich, badger casserole, and skunk spaghetti! I erupted in a fit of laughter and couldn't wait to tell my dad. Although I never planned on trying roadkill myself, it was the most memorable experience of my vacation. After all, it's not every day you meet a celebrity chef – especially one who eats roadkill! 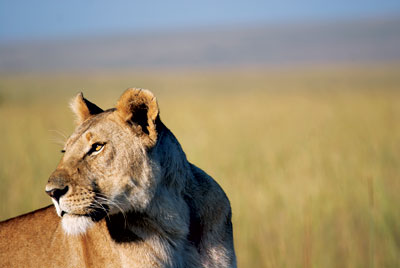 Favorite Quote:
"Work hard, be yourself, and have fun."
-Michelle Kwan

Favorite Quote:
"My name is Ozymandias, king of kings:
Look on my works, ye Mighty, and despair!
Nothing beside remains"
-Ozymandias by Percy Shelley

View profile
Thank you those that commented. His roadkill cookbook is not finished yet, but I hear he (Arthur Boyt) will be cooking with some British celebrity chefs this year. Also, he's not the first person to do so. A man named Buck Peterson also published a roadkill cookbook.
llc724 said...
on Jan. 23 2010 at 4:14 pm
oh my gosh!!!!!!
Christy PLATINUM said...
on Dec. 15 2009 at 9:19 am
Christy PLATINUM, Arden Hills, Minnesota
23 articles 18 photos 31 comments