Once again, we are contributors to the world of the stereotypical high school. We live in a nation that regards adolescence as the quest for perfection. We are the soon-to-be adults who will govern our world in all its dysfunctional chaos. As students, we whirl around in our own world, carrying overwhelming stress but attempting to look like a picture-perfect generation. We are weaving a fantasy world of unattainable dreams that will lead us to an adult reality of dishonesty, failure and meaningless values.

Girls strut around as if they were queens, secretly stabbing their best friends in the back. Never daring to leave a fingerprint of a pinky on their oh-so-mature espresso cups, girls attempt to sip with exquisite grace and maturity. Maybe one of the older guys will notice their electrifying beauty just by their caffeine consumption.

Short skirts, high heels and tight shirts form the hope of catching the attention of the star of the football team. The term "easy" might come to mind, but no, don't be mistaken, these girls are the pretty people. Their fathers' jobs make them untouchable. No one would dare whisper "slut" as she sells her smile for a chance at being homecoming queen. Any of her friends would die for a chance, but just when they get the opportunity to talk to Mister Popularity, he doesn't hear a word. His eyes are too preoccupied with cleavage that exists thanks to the miracle worker - the wonder bra. For 20 years this boost to the female bust has been stunning guys.

Starving themselves, these girls put every inch of their body under a microscope. Every day they struggle in a losing battle between the mind and the mirror. Anorexia, bulimia and dieting have become part of their days as they walk the intimidating high-school hallways. Their emaciated bodies present a facade of beauty that can only be achieved with great discipline (or that is what they have convinced themselves). Discipline and dysfunction are equal to beauty in their world. This theory of sunken skin and bones sticking out everywhere indicating that one is a resplendent creature has become a substantial aspect of society. Girls have been persuaded to think themselves fat, and they suffer, even die, in the never-ending battle to be beautiful.

Guys cannot escape a role in this dramatic performance we call adolescence. Insecure with themselves, they try to boost their egos by "playing" these girls who are striving for the goal that they, one day, might have the perfect status. Falling in love with one of these girls would be unthinkable. Breaking hearts is not hard to do, boosted by the hope of a new story to brag to the guys. Their control of a relationship gives them a newfound self-esteem. They feel untouchable, completely unstoppable.

Shuffling around in their huge shirts and rebellious loose jeans that barely cover their boxers, this anti-pretty boy facade makes them feel as if they have a manly, bad-boy image. This image only makes them look like immature fools, creating a disorganized, "I don't care what you think" persona. Sure, they are successful in what they are trying to achieve, but in the real world, it won't last.

Along with these bad-boy wannabes is the opposite, those who strive to be the perfect pretty boy, with the all-around academic and athletic accolades. He is a parent's dream of a top-ten member of his senior class, colleges everywhere begging him to attend. But even he, in some way, is insecure. Late at night he shoots adrenaline into his veins because he's afraid that tomorrow he might not score well without this boost.

So we, as a society, have proven to be an arrogant, material-driven consumptive people who are selfish and dependent on social status to test our own lack of self-worth. Our society has taught us, as a generation of young people, that pretense and lies are totally acceptable as long as they remain secret, and the perpetrator gets one step closer to the "perfect" life. However, if their imperfections are exposed, they become the perfect reject. No one wants to associate with one who allows their deficiencies to show. This cycle has survived through the years, evolving into a "normal perception" of the way young people should live. Society's perception of perfection will only continue to mislead adolescents into a dishonest lifestyle in order to survive in a world that seeks the dream of perfection which can never be achieved. 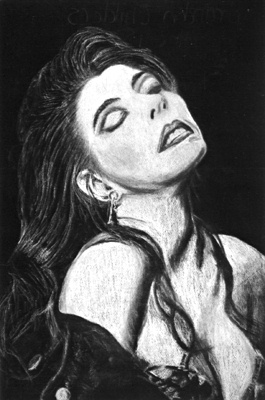 Favorite Quote:
Sarah Michelle Gellar- [on the importance of reading] I love books. I\'m constantly afraid we\'re moving into this digital era where books are going to go away, and to me books are the basis to everything in life. Reading is how we function.

View profile
Congrats on getting into the magazine. This is a really good article and you deserved it. I'd write more but I'm in science right now.