“The media is too concentrated, too few people own too much. There’s really only five companies that control 90% of what we read, see and hear. It’s not healthy.” And that is according to Ted Turner, former Vice Chairman of AOL Time Warner, one of the largest media corporations in America. Is the way our media runs really falling into a corrupt, biased monopoly? Taking into consideration the government’s media ideals, the current media situation, and what it looks like compared to media around the world, the answer is most definitely yes.

So what does the government want the media to be? Well, according to the Federal Communications Commission’s website, the goal is to promote and ensure a competitive communication framework. The FCC was established in 1934 in an attempt to regulate interstate and international communications. In order to fulfill their goal for media competition, regulations were continually added. Some of the more important ones, according to the PBS website “Now with Bill Moyer,” include the 1941 National Television Ownership Rule that prohibited a broadcaster from owning TV networks that reached more than 35% of the nation’s homes; the 1946 Dual Network Rule that states that no one company can own more than one major TV network; and the Local Radio Ownership Rule that limits how many radio stations one company can own in a single market. In recent years these and other regulations have come under scrutiny and some have been eliminated.

So what is the media situation today compared to when the FCC began? There have been two major changes in the past ten years, and unfortunately, both lean toward deregulating our media. The Telecommunications Act of 1996, regarded as one of the most important pieces of legislation dealing with media ownership, involves a massive deregulation of the telecommunications industry by lifting the 40-station limit. So now a company like Clear Channel Communications can and does own 1,200 radio stations that reach all 50 states and broadcast to more than 110 million listeners every week!

The other media change occurred on June 2, 2003 after the most extensive review of media regulations since the Telecommunications Act. The FCC relaxed six media regulation rules, claiming it would promote competition. But how can allowing one network to reach up to 90% of the nation’s homes be a good thing? Now six media giants control almost everything seen on TV and the big screen, heard on the radio, and read in the tabloids. And that’s not even including the recent deal between General Electric and Vivendi Universal that would create a massive company with annual revenues of $13 billion!

A clear example of how consolidating the media can have a negative effect on the general public is the January 8, 2002 train derailment in Minot, North Dakota. The train was carrying 200,000 gallons of anhydrous ammonia that spilled in a catastrophic accident. Local authorities say that when they called with the warning about the toxic cloud, they couldn’t reach a live person because Clear Channel Communications (who owns six of the seven radio stations in the area) was running the “local” programming from a remote location. And this is just one example of many that shows how a media conglomerate can have a negative effect on not only small towns but the nation as a whole.

The effect of this conglomeration on the country can be seen by comparing American media with media in other countries. According to World Press Review (March 2004), American media spends minimal time on major issues from around the world. AIDS killed three million people in 2003 but the three major networks (ABC, CBS and NBC) spent a combined total of 39 minutes the entire year reporting on the issue. Also, the civil war in the Democratic Republic of Congo killed an estimated three million people yet the American media devoted embarrassingly little time to it.

How can this happen? Well, when the leaders of those media giants have opinions, that is what is expressed in the majority of our outlets. So the competition that the FCC hoped would be promoted by loosening the media regulations seems to be backfiring and making fewer opinions available to the American public.

So in the end, Ted Turner was right. This American media monopoly just isn’t healthy. About the only thing the public can do is tune into outlets not owned by a media giant. Venture beyond the usual stations and instead of FOX or CNN, try PBS or the BBC. Or, we could always petition the government to bring back some of the original media regulations. But for now, my advice would be to just keep on changing the channel. 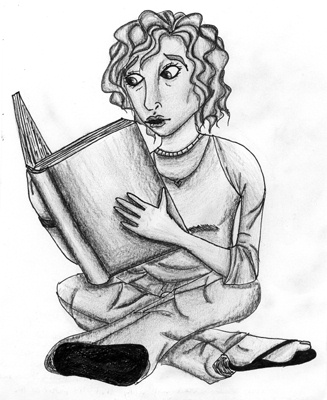