Ready for a new 'short'?

When I first saw the video, "Yellow Fever," I was hooked like bait on a fishing pole. Who created such an interesting video topic? The answer, Wong Fu Productions. They are a three person group that started in College at UCSD. Ever since their film class, the trio have been inseparable creating wonderfully developed short videos which inspire their viewers to play with their imagination. I had the opportunity to meet the guys during an event at Arcadia, in which one of the guys Ted Fu explained that playing with imagination sparks creativity in ones creative work. The other two are named Philip Wang and Wesley Chan. All together they make the now successful, Wong Fu Productions. Along with videos, they make shirts, sell movies, and artwork. However, the group does more than make videos with a purpose, but emphasize the idea that Nice Guys succeed. They depict an image of innocence, honesty, and the idea that hard work will result in success. These guys deserve more recognition that they receive because different from many guys out there, these three are, Nice Guys. If interested in knowing more, visit, wongfuproductions.com. They give people someone to relate to and emphasize that being nice is better than playing the bad guy 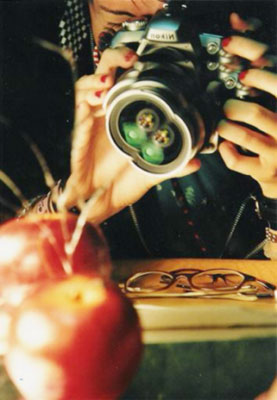 The author's comments:
Not a lot of people know of wongfuproductions, yet know about irrelevant people who are famous on youtube. These boys do more than create blogs, but apply their imagination to inspire viewers to play with their creativity and create what they can imagine.
Post a comment
Submit your own