The fact that Gays are made fun of almost everyday. . . IT MAKES ME SICK! Imagine this for a moment, your scrolling down the isles of walmart and you see to men holding hands whats the first thing most people think? GROSS! Goes to prove that Gays are treated unfairly. It's wrong and should be stopped.

First of all not all of Gays can be Married. Did you know that only 12 out of the 50 states allow gay marriage? Thats only 24%! The first state to allow Gay marriage was Massachusetts, and by all that is good I applaud them. Eventually some other states fallowed them. Did you also know that Netherlands was the first place EVER that allowed gay rights? If more states were brave enough to allow gay marriage more people could be happy.

Speaking of happiness, gays rights are often restricted. Most Cannot be married, adopt children that doesn't make them happy – Thats unconstitutional. The Constitution states we are entitled to Life, Liberty, and THE PURSUIT OF HAPPINESS! You probably did not know that you people against gay rights could be considered Antifederalist did you?

Gays are mistreated in many ways Made fun of, Mocked, rights are cut, and even killed. A perfect example is Mathew Shepord. While going to school at the University of Wyoming, Mathew was kidnapped, beaten, and tied to a post and left to freeze. He was found eighteen hours later by a passing cyclist. Rushed to care and died in Fort Collins, Colorado. He was pronounced dead at 12:53 P.M. He was a huge inspiration to gays. He's now buried in Wyoming, but only his family knows where. Theres more information from the Mathew Shepord foundation.

Most people still want to restrict rights more because they believe gays are against the bible. They believe marriage should be between a man and a women like Adam and Eve. If everybody was suppose to be the same there would be no joy left. Theres nothing exciting and new.

They believe gays should not adopt kids because they might teach the kids to be gay so there would be more people against religion. My opinion not everybody goes to church. I don't. They should not have to believe what they don't want. According to www.bidstup.com/marriage.HTM About 70% of Americans oppose gay marriage. Thats way to many.

Gays are also not allowed to be in the military without hiding the fact they are gay. They have a policy called “Don”t tell, don't ask” meaning if you don't express your gay, they won't ask. The reason why The men who are not gay most likely do not want to know that their room mates are gay because they Fight together, eat together, sleep together, shower together. They might feel uncomfortable but if they gays are there, they are there to fight not to make boyfriends, And if they are OK with giving their life for their country why not try to change your idea on gays for their country. After all we are always saying we don't have enough soldiers and to many men are being killed. Why not let the gays fill in the spots? Gays should be allowed to enroll in the military without someone on their own side killing them because they are gay.

As you can tell, I believe that gays should be treated more Fairly. So please next time you see two gays being made fun of, or laughed at, step up and be Brave and stand up for them and defiantly don't think GROSS! 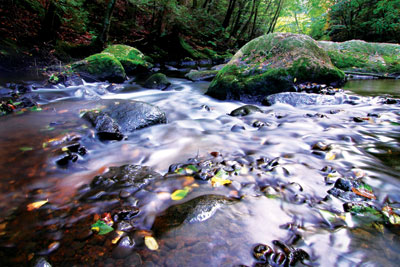 Favorite Quote:
I don't stand down, I never go back on my word.

View profile
You have excellent points, as free people of this glorious country we cannot allow discrimination. However, there are many angles to consider. What about the kids happiness? What about naturalism? You mentioned Religion, and religion does not mean 'spiritual' there are plenty of religious psychos and not enough spiritual people.