Party? Why Risk It? | Teen Ink

Party? Why Risk It?

Party? Why Risk It?
High school is a time and a place where you are growing, figuring out who you are, and setting your goals. It is where adolescents develop their personalities, and discover their talents that will shape their lives. However many high school students are blinded by the unhealthy pressure of “partying”. It is presented as the “cool” thing to do, and causes teenagers to think they are living their lives to the fullest. But where is the limit? When do we teenagers learn that life goes on after our little bubble of a world known as high school? Teenagers need to learn that drinking not only affects our little worlds known as high school but out entire life after words, and our safety.
Although we are just kids, alcohol is evident in almost every part of our daily lives and the media. Many movies, commercials, and television shows imply that getting drunk is beneficial and makes the user popular and fun to be around. This influence negatively affects teenagers at a crucial time in their lives where the decisions they make highly dictate their future. High school students are very weak to outside influence, and the decisions they make are heavily defined by their attempts to be normal. Because many aspects of our culture involve drinking, underage teens are persuaded by the media that drinking alcohol is universally accepted. In fact, The American Council for Drug Education estimated that “Nearly half of all Americans over the age of 12 are consumers
of alcohol,” and that 7000 children under the age of 17 take their first drink each day.
Underage drinking is out of control, and the message needs to be conveyed to kids that drinking can affect their entire life by causing life-changing effects such as liver diseases, emotional changes, and even brain damage. In addition to personal effects, drinking also causes harm to other around you. In fact, averages show that an alcoholic will harm approximately 300 people during their lifetime. To benefit society as a whole, teenagers need to rise above the negative influence the media is giving them and be sufficiently educated on the effects of drinking.
Although the immediate effects of drinking seem very appealing to teenagers, the truth is nothing like what it seems. Alcohol impairs the judgment of whoever consumes it, and puts the user and anyone who is around them at risk. Teens, more than others, are more likely to make detrimental choices, as the chances of making a healthy decision is slim. In fact, Sixty percent of college women diagnosed with a sexually transmitted disease were drunk at the time of infection (Advocacy Institute, 1992). Alcohol use can even result in fatal effects. Statistically, 41 percent of all car accidents resulting in death are caused by alcohol. As teens begin to drink on a regular basis, their ability to enjoy themselves in a social setting becomes dependent on alcohol. Repeated alcohol use can lead to activities like binge drinking and drinking games, which often lead to instant death. The short -term effects of alcohol are frightening, and teens need to learn that the risks of life-changing repercussions such as death and disease strongly outweigh any instantly gratifying effects alcohol may have to offer.

The temptation to abuse alcohol will always be evident in teens' lives as they grow up because it will continue to be portrayed as beneficial and socially accepted. The truth behind this illusion involves pain, disease, and death, and teenagers need understand the reality of what they're doing to themselves. Alcohol provides a negative influence to kids who are just learning what life is all about, and can change their lives forever. Hopefully, when push comes to shove, teens do what is right and smart so they can continue to live their life, reach their goals, have the future they want, and not let alcohol take that away. 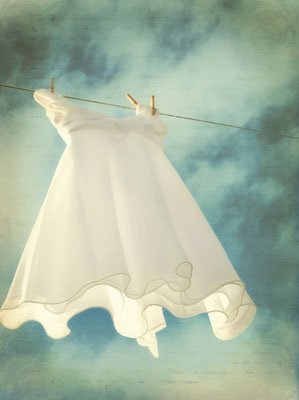 Favorite Quote:
"I write for the same reason that I breathe; because without it, I would die."

Favorite Quote:
Your only young once so be bad,break the rules,get caught,and make it count. the best things in life are unseen, thats y we close our eyes when we kiss, cry, and dream. Live life to its fullest,everyday like its ur last because u never kno when it is

Favorite Quote:
if hate is such a powerful word then why do we say love like its nuthing?...