The Murder of JonBenét Ramsey

JonBenet’s murder is one of the most controversial crimes known. JonBenet, an American child beauty pageant queen, was born on August 6, 1990 and was murdered on December 25, 1996. The six-year-old was found deceased in her home in Boulder, Colorado. The closest item the police (and conspiracists) have to defining evidence is the ransom note. This ransom note was found by JonBenet’s mother, Patsy Ramsey, on the staircase found in her home. The ransom note, written to JonBenet’s father, John Ramsey, stated that JonBenet was kidnapped, and would be returned safely if the requirements were all met, such as not involving the authorities. However, despite what the note may suggest, JonBenet’s death may not be the result of “a small foreign faction” kidnapping.

“What? That’s crazy! The note literally said it was, so it must be true!” Well, no. Not necessarily. While there is a countless number of theories, there are two main theories that are in rotation. One being that this truly was a kidnapping. Another being that the ransom note was fake, and that the kidnapping story was a cover-up story. Regardless of which of the theories is true, it can be agreed that JonBenet’s murder was indeed the perfect crime. Everyone has their own opinion, and mine is that the ransom note was a fake, and that Patsy Ramsey, JonBenet’s mother, was the one who wrote it.

Many people would disagree with my opinion due to the fact that she seemed genuinely heartbroken. John also showed his friend, Fleet White, a broken window, which helps support the intruder theory. John even states that he was the one who broke it the summer before that year. This also explains why no one heard anything break, and how the possible intruder got inside the house in the first place.

However, it is clear that Patsy wrote the note. She did so to cover up John’s molestation of their daughter, which led to John killing her. John most likely did not start off with JonBenet with the intent of murder, but it ended up like that due to physically (and possibly sexual) aggression.

First of all, to debunk the previous statements supporting the opposing theory, Patsy was known for her acting. She took classes, and even won one of her pageants thanks to one of her performances of a dramatic monologue. If she could have been an actress, then who is to say that she is not simply pretending to be heartbroken? If this is not the case, she could also be crying out of guilt. According to their local D.A. office, Patsy was crying during an interview, but continued to peek through her fingers at her husband, who was very quiet and calm.

In addition to this, in regards to the window, an investigator had demanded the entire house be searched. John Ramsey, according to multiple eye witness accounts, ran down to the basement with Fleet White following his lead. Fleet White admitted that John had led him directly to the window, and had appeared to be waiting for him to say something. According to Mr. White, the Ramsey’s house was huge, including their basement, which had many doors and corridors. However, Mr. White also mentions how John suddenly ran to the one room that had JonBenet’s deceased body. Of course, Mr. White was not aware of this until after he heard Mr. Ramsey screaming and then saw him walking out of the room with the body, holding the child as though she were a doll (he held her by the waist). This is especially suspicious seeing as Mr. White had peered into that very room not long before John had “coincidentally” ran to it, and Mr. White had not seen any sign of the body. Mr. Ramsey brings the body upstairs and lays her down on the floor and that was it. He did not cry. Mr. Ramsey only moaned, and he kept looking around to see who was watching as he did so.  Patsy did weep and throw herself onto the body, asking God to bring her back, but this could be explained by my first debunking.

Furthermore, there was DNA evidence found on JonBenet’s underwear. While the evidence found could not condemn John Ramsey, it could not exclude him, either. During the autopsy, JonBenet’s vagina showed signs of penetration, force, and abuse. The opening was much wider than the average six-year-old’s vagina is supposed to be, and while it may not necessarily mean sexual abuse, there was definitely abuse. This is significant because, according to his coworkers, John can be very aggressive and can get angry fairly easily. One coworker, Mike Glynn, even went so far as to say, “John could get really angry. I saw this on a few occasions involving business. Shouting and threatening. His eyes bulging like you cannot believe. It seemed like Jekyll and Hyde.”

This evidence alone is enough to prove that John Ramsey indeed could have not only (sexually) abused his daughter, but he could have murdered her as well. Now that the motive for the murder has been distinguished, it is time to proceed to the biggest piece of evidence--- the ransom note.

Patsy is undoubtedly the scribe of the ransom note. There is a countless amount of evidence that supports this claim as well. The word-usage was deemed “feminine” by forensic groups. Some of these lines include: “The delivery will be exhausting so I advise you to be rested, “ and “The two gentlemen watching over your daughter do not particularly like you so I advise you not to provoke them.” The language used has a feminine touch to it. In the original letter, the letters are also very loopy, which is also a typical characteristic of female writing.

To continue on the theory of Patsy writing the note, she had the opportunity to do so. The paper and pen were from her bedroom, and she was even the one who found the note in the first place. In addition to this, had this been a real kidnapping, the kidnappers would not provide so much information, especially on paper. However, the ransom note was three pages long. Typically, ransom notes are only a few lines long. This has convinced investigators that the person who wrote this was just trying to sell a story rather than actually demanding the money. The longer the note, the riskier it would be for the writer. Not only because the writer could be physically caught writing, but also because he or she could be writing information that could be giving away the person’s true identity. The person also had written a brief rough draft, starting off with the note being addressed to both Mr. and Mrs. Ramsey. So, the writer not only spent a lot of time writing the two-and-a-half page note (which, according to experts, would take about 21 minutes), the writer also felt brave enough to even restart the note and put the pen used back in its original location. The writer was also careful to not insult Mr. Ramsey’s business, which shows how the person had to have known Mr Ramsey well enough to do so.

As if this evidence was not enough, there is one specific line that may have given away the authenticity of the note. The note says, “We are a group of individuals that represent a small foreign faction.” If this was a legit kidnapping, why would the kidnappers have used the word “small”? This undermines the power and fear the kidnappers have over the family, so it would make no sense for the kidnappers to put themselves in such a poor position.

Another important detail is the whole “foreigner faction” bit. Usually, real foreign factions use their faction names rather than simply declaring they are indeed foreign. Also, throughout the note, there are multiple mistakes, such as “bussiness”, but advanced words, such as “attaché”, are spelled correctly. Therefore, one can assume that the writer was trying to seem “foreign:, but could not keep up the act throughout the entire note, only parts of it. The writer is also inconsistent with small but very important details, such as starting off with “we”, but then ending with “I”. With all of this in mind, it is hard to not believe that it was indeed Patsy who wrote the ransom note.

This collection of information supports the theory of John molesting and then murdering JonBenet, and Patsy writing the note in an effort to cover up her husband’s crime. While there are some instances that may support opposing theories, they cannot begin to compare to the theory explained in this paper. John definitely killed JonBenet, and Patsy is undeniably the one who wrote the ransom note. This is a crime that cannot be forgiven by any means, and the Ramsey couple should have faced some kind of consequence for it. 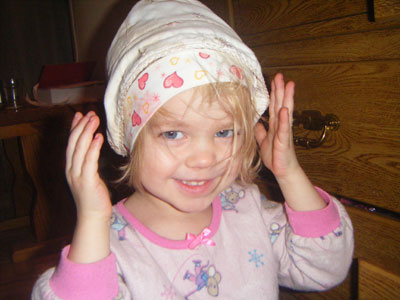 Disclaimer: I was not present at the scene nor have I met the Ramsey's. This article is based off of my own research.

This was originally my essay for my Forensics class, but I was so proud of it that I decided to submit it here as well.