Selena Gomez has made her name know.She is the star of Wizards of Waverly Place, stared in Another Cinderella Story with Drew Seely, and sings. I would think that a girl from Texas would have such a household name.

She stars in Wizards of Waverly Place as Alex Russo, a young wizard who doesnt like school, studing, or work. She has two brother wizards, Justin and Max. Her dad is a former wizard and her mother wants nothing to do with magic. Her family is hectic but they manage to get by.

In Another Cinderella Story Selena plays Mary, a girl whos dream is to dance. One problem, she lives with two annoying stuck up snobby stepsisters who are out to get her and a Guardian who thinks she is loved by her fans but truth is she has none. She meets the man of her dreams named Joey Parker, played by Drew Seely. He believes that Mary is the one girl that is perfecy for him. 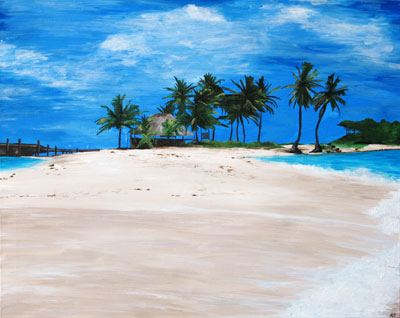 The author's comments:
Selena is m role model and I love her. I have all her movies and cds and she is talented from my point of view.
Post a comment
Submit your own

Favorite Quote:
\'let the life that you live dictate who you are, not Facebook.\'

View profile
Agreed.  I love Selena Gomez, but honestly, the errors kind of discredit the article itself.  They are saying "I am not taking myself seriously, and do not wish for others to do the same."  Every writer deserves respect, yourself included.  If grammar and spelling are an area of challenge for you, I suggest asking a parent or teacher to edit it over.  Best of luck, and I agree... Selena Gomez rocks!
sweetxluv BRONZE said...
on Feb. 26 2011 at 5:15 pm
sweetxluv BRONZE, Joelton, Tennessee
4 articles 2 photos 21 comments

Favorite Quote:
Elie Wiesel put it best: “None of us is in a position to eliminate war, but it is our obligation to denounce it and expose it in all its hideousness… Neutrality helps the oppressor, never the victim. Silence encourages the tormentor, never the tormented.”

The article should focus more who she is!!!

iloveblueoctober said...
on Jul. 22 2010 at 4:29 pm
I would suggest reading through your article and editing out all of the spelling and capitalization mistakes before you post it.
TheJust ELITE said...
on Apr. 25 2010 at 12:52 pm
TheJust ELITE, Ellenton, Florida
254 articles 202 photos 945 comments

View profile
No offence or anything, but you didn't really focus on Selena. You spent most of the article talking about her CHARACTERS, which are not an image of Selena. Selena is one of my role models, but you need to say why, not just list her roles or accomplishments.
babygirl said...
on Feb. 10 2010 at 1:24 pm
u did a great job on this article!!!!:)
Lindsey.L SILVER said...
on Jan. 27 2010 at 4:13 pm
Lindsey.L SILVER, New York, California
9 articles 4 photos 10 comments
View profile
I like this arcticle too. selena is one of the mature teenagers in hollywood, and is an excellent role model. I luv her hair too.
distant_dreamer said...
on Jan. 18 2010 at 8:58 pm
I look up to Selena in many ways! She is very talented and pretty! I LOVE this article great job!