Me and Gen Z’s Obsession with Harry Styles | Teen Ink

Me and Gen Z’s Obsession with Harry Styles

Throughout one of the most stressful times millions of people have ever endured, everyone coped differently. Many dyed their hair, made whipped coffee, but for me, it was watching Harry Styles eat a bunch of watermelons on a beach, in an orange knit top and Gucci shorts (of course).

I myself ever since May of 2020, have become a Harry Styles fan, ironically even more on the tenth anniversary of my generation's most iconic boy bands ever One Direction. I regret not being a hard 1D fan, only knowing their most well-known song, What Makes You Beautiful.

Ever since 2015, One Direction went on a hiatus and promised they would be back in 18 months. (which was not the case, it's been six years since) however, Gen Z still believes everyday that the five guys will get back together. Out of all five, each has grown and become successful, however the most successful everyone would say would be Harry Styles.

The name alone sends my heart racing. There’s something about that man that drives everyone crazy. He’s not like normal celebrities though. You rarely see him in the tabloids for being a part of the celebrities caught up in drugs or nasty relationships. Harry Styles is the most humble celebrity, from the multiple famous fan encounters his fandom has talked about, truly doesn’t match any other celebrity encounters. For one, the man's car broke down on a street in London, and he went to ask a house nearby for help. The stranger who kindly let him in, turns out his daughter was a huge fan, and while Harry was at her house, he fed her fish. Along with a signed vinyl from his Fine Line album, and a handwritten letter telling her how nice her father was and how sad he was that they didn’t get to meet. And finally a “P.S. I fed the fish.” This little act broke the internet, and I screamed myself to get an update from one of the many fan accounts the fandom has, some with even 200 thousand plus followers.

What most people love about Harry Styles is his personality. He’s a good influence on his young fans, and is just SUCH a kind person, his slogan is even Treat People with Kindness. PLEASE. What more can the man do? He supports everyone no matter who they are, as well. The videos of him dancing around the stage holding a pride flag, announcing gender reveals, calling parents, during his tour, is just a snippet into his true personality. The man knows how to work a stage, as well as singing of course. His voice is immaculate as well. He hits such high notes, and his voice is just so powerful and is so Harry Styles. That’s literally the only way I can describe it.

As of 2017, Styles is not just a singer but an actor as well since 2017. After being in Christopher Nolan’s Dunkirk, Styles shocked the world that he can act as well. He was amazing in the movie, proving even more than the man can do just about anything. Four years later, Styles has two more movies under his belt that have both been filmed during the pandemic. One thriller, directed by Olivia Wilde called Don’t Worry Darling, set in the 1950’s starring Florence Pugh as well. While on set, paparazzi released pictures, the fandom (including me) died. Styles looked unrecognizable, in a 1950s style suit, his hair slicked back, while driving a vintage car. Every photo that I saw, I collapsed and couldn’t function. If I went crazy over a photo, I sympathize with the people who will be in the movie theater watching the movie, along with the hundreds of other fans.

So there you have it, Styles is just too powerful for any of us. His road to success is so clear, considering he won his first ever Grammy this year. When I tell you he deserved that Grammy. He loves what he does, and it shows. I hope for years that he continues to make us go crazy over his snazzy outfits, his perfect hair and just himself in general. 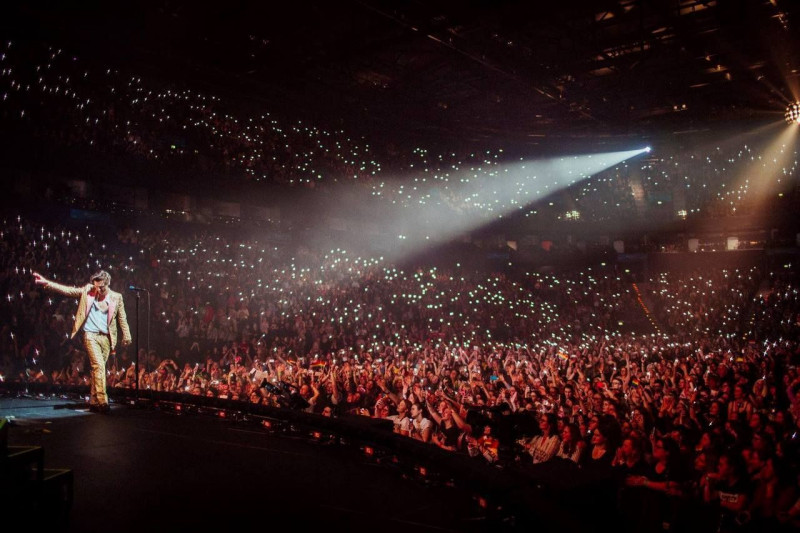 Penelope lives in New York City and is going into her third year of high school. She works on her school's newspaper and enjoys reading and creative writing during her free time.