Does Hollywood Have a Double Standard? | Teen Ink

Does Hollywood Have a Double Standard?

When Miley Cyrus released her music video for “Can’t Be Tamed” and performed on Britain’s Got Talent, she was immediately bombarded with critiques for her behavior and life choices. She retaliated by asking the question: “Does Hollywood have a double standard?”

Now is this true? Let’s look at a little more, shall we?

Meanwhile, Ms. Cyrus appears in music videos wearing a Lady Gaga-ish bird suit, dances around poles, does some messed-up form of dance which is most likely to show boys she’s “hawt!” and most recently is found writhing around on a bed in her underwear and wearing a blindfold.

So, DOES Hollywood have a double standard?

No. While girls may go to see Efron with his shirt off, this is not-in Cyrus’ words-to “sell sex”. Girls are not visual creatures. They are more drawn to a sweet personality and someone who will treat them like princesses. Now, yes, they may go to a movie to see their favorite heartthrob shirtless, their motive isn’t because of sexual drive, simply they think he’s hot; whereas guys are more visual. When a girl is shown in a position that is quite provocative, it is more dangerous because a guy is more affected by that than a girl is by seeing a shirtless “stud”.

It is also a moral issue. How many guys do you see walking down the street without shirts? I see plenty everyday. It’s not that big of a deal, no one thinks much of it, because there is nothing wrong with it.

But how many times do you see a girl walking down the street in her bra and underwear? Never. It’s accepted to see a guy without a shirt, because that isn’t something that is considered to be “trying to sell sex”. But a girl in her underwear, this is only for attention and to have guys throw themselves at her and try to remove the rest of her clothing.

In smalltown USA, you would never find a teenage girl walking down the street looking like Lady Gaga, or wearing nothing but her bra. So, why is this suddenly acceptable in the limelight? Why do things happen in Hollywood that would be considered extreme in the real world?

If Katy Perry had walked down the street topless in Austin, TX, she would have been immediately arrested for inappropriate conduct. But since she’s in Tinsel Town, no one thinks anything of her appearing topless in a music video.

If Lady Gaga walked down the street in Tampa, FL in her bubble outfit, she would have been considered a nutcase. But since she’s a celebrity, it’s considered normal and people are “proud of her” for not following the crowd.

So, is there a double standard as to what’s considered “selling sex” in Hollywood?

But IS there a double standard? 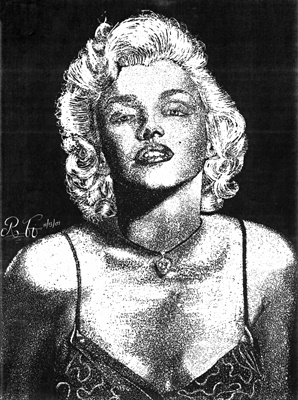 The author's comments:
I don't know if this is well written or not, cause I don't know to word everything just right, but I hope everyone sees my point.
Post a comment
Submit your own

Favorite Quote:
But I say unto you, Love your enemies, bless them that curse you, do good to them that hate you, and pray for them which despitefully use you, and persecute you;
Matthew 5:44

View profile
this is really good! and i completely see where you're headed with this. only celeberties can get away with anything crazy, if it was a normal person then they would end up in the loony bin before they could say "im special"