For every action there is an equal and opposite reaction. Sound familiar? It should, the preceding was Newton’s Third Law of Motion, the law of reciprocal action, and it has a meaning that extends far beyond the world of science. Simply put, everything in life comes with a price, price having to do with monetary values to a degree, but more so about consequences of greater importance, our quality of life, or lack thereof. In this ever consuming world, people have become hungry, devouring natural resource after natural resource regardless of the outcome. One such item is coal, however, the way we use it, it should be considered a natural disaster more than anything else. Yes, our negligence of the black rock is making a mess of our Earth, causing pollution, the destruction of natural environments, and increasing the risk of acid rain. No longer can we continue to be so blind to the negative effects coming from our irresponsible use of coal. No longer can we use coal in a way that poisons our air and damages our land. The time has come to utilize cleaner, more efficient, and safer ways of producing and using coal. The time is now.

Knowingly or not, everyday, Americans use coal in a sundry of ways. “About 56 percent of the electricity used in this country is coal-generated electricity” states the American Coal Foundation, or ACF, meaning whenever you turn on your lights, surf the internet or watch t.v., chances are, you’re using a product of coal. There’s more, the Foundation also says that coal is used in “cement, paper, ceramics, and metal products,” also included are “plastics, medicines, fertilizer, and tar.” Coal, if used properly, has the potential to be the greatest asset to mankind in the field of energy.

There are many benefits to coal, especially when compared to other sources of energy, oil for example. The nation depends heavily upon foreign oil; as that reliance grows, so does the volatility of the situation. It was just months ago that the price of gas was suspended at a high that halted travel and hindered the economy. Currently, our average price has dropped dramatically. According to GasBuddy, a website which helps thousands learn information about local gas prices, California currently has a state average of about $1.79 per gallon. These large swings in price perfectly represent the significant risk in nursing such an addiction. Compared to the prices of other major energy sources such as natural gas and oil, coal is but a small fraction of their costs. In addition, that cheaper price is reliable because the US is home to a 300-year supply according to the ACF. We have the coal, why shouldn’t we clean it?
“Clean Coal Technology is not one, but hundreds of projects in which, through research, scientists and others in the field hope to be able to produce cleaner and safer coal. One newer method is called Fluidized Bed Combustion or FBC. The ACF explains that with FBC over 90% of the nitrogen and sulfur are removed. Without the process, the pollutants would have otherwise contributed to air pollution and acid-rain, damaging forests, rivers, and lakes. Another idea is coal gasification, which removes up to 99.9% f the sulfur from burning coal. Both methods explained by the ACF should be both supported and expanded. Obviously, it is possible to clean coal. With but a small bit of work, what was once a natural disaster can now be an invaluable natural resource.
What does this mean? It’s an assurance that following methods of creating cleaner coal is well worth it because as a natural resource, it’s plentiful and already an integrated part of our society. It is also a clear indication that the idea of no longer using it is ridiculous. Instead, what we must lose is simple- the way the coal is produced. Clear is the fact that coal will continue to be used for decades to come, making it all that much more important to change our ways, less the Earth become polluted to a degree of no return. Coal plays a significant part of our lives, and compared to other sources is far cheaper and more plentiful. Because of this it is important that we continue to use coal, however, only under new methods of cleaning it. 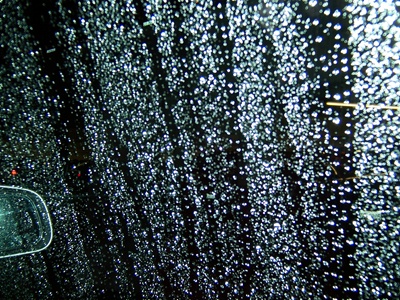 Favorite Quote:
"I think a man does what he can until his destiny is revealed to him" ~ Tom Cruise in "The Last Samurai"

Favorite Quote:
" BE THE CHANGE YOUR WISH TO SEE IN THE WORLD!"