Since its initial release in November of 2021, Disney’s Encanto has quickly become a massive sensation through its catchy songs and captivating storyline. Fans everywhere have come together to love this movie, and for good reason, because it effectively gave us some much-needed representation in the Disney universe.

Representation
It can easily be agreed on that seeing a Disney character resemble yourself creates a deeper connection to the character and makes you feel appreciated. Disney is well known for having princesses and women protagonists be very petite and fragile and rely on the princes to come and save them, but not in Encanto.

Fans were immediately drawn to Luisa Madrigal, the brawny big sister of the main protagonist, Mirabel. What viewers all over the world love about Luisa are that she is mentally and physically strong, she proves that femininity comes in all shapes and sizes, and shows there is absolutely nothing masculine about being muscular.

Luisa is a role model for all the young girls watching to see that they can be strong and powerful women as well, something Disney hasn’t shown us before.

The choice of making Luisa not only mentally strong but physically as well paid off as she has millions of adoring fans due to the pure fact that she is a character unlike any we have ever seen before, but one we have desperately wanted for far too long.

She is truly the representation we needed to show little girls that being muscular is okay and that if they look anything like her that they too can be just as fearless and strong as her. TikToker @MaribelSpiritualJourney has gone viral for cosplaying as Luisa recently as fans see uncanny similarities between her and the character.

@MaribelSpiritualJounrey on TikTok
She fully embraces her inner Luisa and explains that the similarities don’t stop with just her appearance. Luisa is a relatable character as the pressure to be the rock of her family gets to her but she is unable to show her vulnerability, something many people can connect with.

“This song is more than me just looking like her, it tells my story.” -Mirabel Martinez
Martinez is just one of many people who saw themself in this character and can feel more confident after seeing someone like them be represented in such a powerful and unapologetic way.

Sisters, not enemies
Representation is huge and it is so refreshing to see everyone jump to love Luisa, but a big problem lies in the unnecessary comparisons between her and her sister, Isabela. The story of Encanto revolves around the Madrigal family who all have a special and unique gift. Luisa has the gift of super strength and Isabela has the gift of being effortlessly perfect.

It was expected that fans would adore Isabela and overlook Luisa due to societal norms, but Luisa quickly became a fan favorite due to her relatability and character development. Rumors started spreading that Disney did not anticipate the love for Luisa and made much more merch for Isabela instead. (This rumor has not been confirmed nor denied). It did create an unnecessary battle, however, between the two characters in the eyes of fans.

Comparing the two sisters was clearly not the intention of the makers of Encanto because they both suffer from different struggles in life and were meant to relate to those that see themselves within these characters.

By favoring Luisa over Isabela simply because she is seen as the “perfect” child misses the point entirely. Not only does Isabela suffer her own issues from having to uphold this standard all the time, but tearing down one character in the favor of another is no way to go about showing support.

Isabela does not need to be torn down at the expense of praising and loving Luisa, it should be the opposite in fact. Both characters shine a light on the unseen challenges they face daily due to how others perceive them, so hating on Isabela in an attempt to uplift Luisa does no good.

Final Thoughts
Encanto is an all-around enlightening and entertaining movie for everyone. Each character has a special story that people can relate to and find comfort in.

With the amount of love the movie has gotten, it is clear that there would be favorite characters that stand out, but it is important to note that the Madrigal Family is stronger together, and bringing one character to the light at the expense of another is not what the creators of the movie intended for when showing the strengths and weaknesses of each sister.

Luisa gave us some much-needed representation and Isabela offered us a glimpse into her seemingly perfect life to show it isn’t what it looks like from the outside. Both characters deserve our love and support because we shouldn’t uplift a character by tearing another one down. 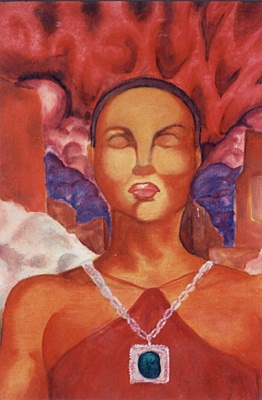 After all of the hype surrounding the movie Encanto in recent months, I wanted to dissect what exactly made people resonate with it so much. Through the storyline and relatable characters, it became very clear that fans loved the story for the real struggles and development the characters went through during the movie. I noticed that there were unnecessary comparisons between sisters and I wanted to discover the 'why' behind it.