Giving Credit Where Credit is Due: People of Color's Involvement with Rock and Metal | Teen Ink

Giving Credit Where Credit is Due: People of Color's Involvement with Rock and Metal

Favorite Quote:
“It's Always about the music, never about anything else”
-Eddie Van Halen

“Music doesn’t lie. If there is something to be changed in this world, then it can only happen through music” is a quote by rock guitarist Jimi Hendrix. Hendrix says this to explain that music can change people and can make situations change for the better. If this is the case, why are some trying to discriminate rock and metal music from people of color? Because rock and metal are both dominated by people who are white, people have argued that they are “white genres” of music. However, people of color have invented these genres of music, and to this day are still heavily involved in them. Rock and Metal are not "white" genres of music just because there are a lot of white people involved in it, as it was invented by black people, and people of color have always thrived in the genre, such as Chuck Berry, Jimi Hendrix, and Tom Araya of Slayer.

It is true that white people have dominated the genres of rock and metal, and in turn made them popular, however, they were originally invented by people of color, therefore making the genre not inherently white. For example, ushistory.org says “The roots of rock and roll lay in African American BLUES and GOSPEL…White performers such as Buddy Holly and Jerry Lee Lewis also found artistic freedom and commercial success.” Some may interpret this quote as proving their argument that it is a white genre, because of the way they popularized it. However, the genre never would have existed without their influence. People of color would continue to be huge influences and would grow to be very popular in the genre. Ushistory.org also says that “Due to segregation and racist attitudes, however, none of the greatest artists of the genre could get much airplay.” This proves that even from the beginning of the invention of their genre, people of color have not been given proper credit. Even the article “A Brief History of Metal”  says something similar about the invention of metal. “By the latter half of the 1960's, the next generation of "rock stars" began to sow first seeds of protypical Heavy Metal.  Drawing inspiration from their blues and rock and roll forebearers, "hard rock" acts, like Cream (Tales of Brave Ulysses), Led Zeppelin (Communication Breakdown), and The Jimi Hendrix Experience (Voodoo Child), provided the soundtrack for a generation increasing disaffected by social injustice and the escalating war in Vietnam.” Jimi Hendrix has always been instrumental in the history of metal. Also, countrymusichalloffame.org states “While many artists are rock pioneers, Chuck Berry is universally considered the first who put it all together: the country guitar licks, the rhythm and blues beat, and lyrics that spoke to a young generation” (for context, Berry is an African American musician). This proves the point that people of color didn’t usually get as much “spotlight” as white people did in music, however musicians like Chuck Berry were pioneers in the genre, and Berry, a black man, was considered to be the father of rock n’ roll. This disproves the argument that only white people were popular. Because people of color invented the genre, and now are being pushed away from being a part of it, this sentence proves the point that they have always been pushed away from their own creation. Ultimately, people of color have always been pushed away from their own things, as white people have appropriated them as their own, which is rooted in racism.

If the inventor of the genre of rock was a black man, it’s not right for white people to “gatekeep” this genre of music because they’re gatekeeping something their race didn’t even contribute in inventing. This is an example of cultural appropriation. In short, people of color invented these genres, and they have the right to love it as much as anyone else does. In a video shot at Woodstock in 1969, Jimi Hendrix is seen playing the National Anthem. Hendrix is very anti-war, and he took it into his own hands to make the anthem memorable by making his guitar sound like tanks and bombs of war, to protest the violence taken out on other nations in war. Hendrix, a black native american man, is considered by many to be the greatest guitarist of all time, and his interpretation of the SSB was very smart and talented of him. He used his tremolo bar to create sounds of falling bombs, and simulated the sounds of war into the national anthem. Most notably, even today, years after his death, Hendrix continues to show his influence, and inspires many musicians, including myself. Ultimately, people of color have always been and always will be huge in the genres many people consider to be “white”. Even today in 2022, there are a multitude of rock and metal bands who have members who are people of color. This includes, but is not limited to, Slash of Guns n’ Roses, Eric Moore and Dean Pleasants of Suicidal Tendencies, William Duval of Alice and Chains, and even Derrick Green of Septulura (Godla).

None of the articles used have inherently stated that rock and metal are white genres of music, although it was heavily implied, due to them favoring the white side of the genre, and embellishing on how they made the genre popular just because of their race. In “Rock n Roll, Encyclopedia of Cleveland History” (Joyce Halasa), she focuses mostly on Leo Mintz and how he, a white record store owner, helped popularize the genre. She doesn’t focus as much on people of color’s influences. Halasa avoids speaking about people of color in this article, and focuses more on the record owner, rather than the invention of the genre. She avoids the initial argument, however she never blatantly states that a certain race was more involved in it. “Mintz tried to get airplay for R&B records, but the 6 radio stations in Cleveland played only music by white musicians” However, this article does not go in depth about the people of color that tried to make it as rock musicians, and focuses mostly on the white radio aspect of it. The problem with this article isn’t the fact that it disproves my argument, rather than that it refuses to address the point I’m wanting to rebuttal. The article title is very misleading, as it doesn't go into any real detail about the genre and the invention of itself, however it is very well researched and written.

It is easy for people to ignore appropriation and thievery in music, especially if they don’t see the underlying racism involved in it. For instance, one prime example is explained in the article “Cultural Appropriation in Music”,“White artists appropriating Black culture into pop culture goes back to early rock ‘n’ roll, jazz,  and beyond. The most famous example is Elvis Presley covering songs by Black artists. “…when Black artists such as Chuck Berry and Little Richard didn’t benefit nearly as much from the genre they essentially started” (White) explains his point by using a historical example. Although Elvis is insanely popular and people aren’t going to stop listening to his music anytime soon, it is still important to know that he took credit for what people of color created. Therefore, by ignoring blatant racism and appropriation in music, you are taking part in undermining people of colors’ creations by saying they can’t listen to or be involved in a genre they created. Of course, it’s not racist to listen to white musicians in the genres of music, that would be a ridiculous accusation. It’s just common for people to think and assume that people of color can’t listen to these genres of music, or be called “posers” just because of their race. Even though their race is entitled to these genres that they literally created.

To conclude, people of color have always been and always will be huge influences on rock and metal music. People of color continue to be an integral part of music in general, and not just these genres. Not just music, either. Excluding people because of their race, is, verbatim, racism, and should be avoided at any cost. They should be given credit where credit is due for their talent and their genre. Nothing should ever be secluded to certain groups of people, especially genres of music. After all, music is for everyone. 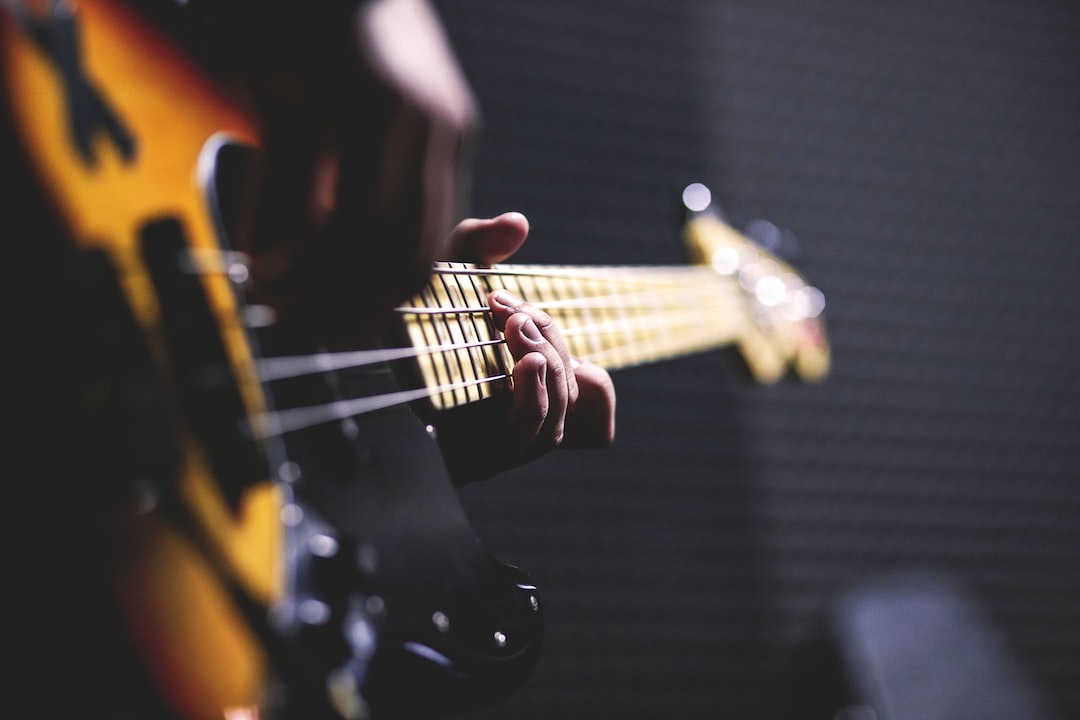 Photo by freestocks on Unsplash

My name is Camdon Cobb, and I am a 17 year old music enthusiast. My favorite genres are rock and metal, which is partially why I chose to write this piece.  I care about this topic because these genres of music are important to me. I believe it belongs to everyone, and because people of color invented the genre, they should be given credit where credit is due. People of color will care about my argument, because, surely, they want their credit for their invention of popular things. They deserve credit, especially when people just push them under the rug.

Favorite Quote:
"Let X equal the quantity of all quantities of X. Let X equal the cold. It is cold in December. The months of cold equal November through February. There are four months of cold, and four of heat, leaving four months of indeterminate temperature. In February it snows. In March the Lake is a lake of ice. In September the students come back and the bookstores are full. Let X equal the month of full bookstores. The number of books approaches infinity as the number of months of cold approaches four. I will never be as cold now as I will in the future. The future of cold is infinite. The future of heat is the future of cold. The bookstores are infinite and so are never full except in September...” -Proof, David Auburn