What Do You Mean You're Not a Feminist? | Teen Ink

What Do You Mean You're Not a Feminist?

“So, who in here is a feminist?” my media studies teacher asked the class. One boy and I raised our hands. Two people in a class of over twenty admitted to being a feminist.
If people were to view feminism with common sense, every hand in that room would’ve been raised, especially the hands of the females.
Take a moment here and delete every extreme feminist idea from your mind. Feminists are not angry women who hate men and think of their gender as superior. They are people of any gender who think the rights of men and women should be equal. That’s it. No bells and whistles. No frills. Technically, if someone were to think of females as superior, they wouldn’t be a feminist. Feminism is equality of the sexes, nothing else.
Don’t worry though, if you misunderstand you’re not alone. In a recent interview with the Miami New Times, Farrah Abraham from the MTV show Teen Mom said when asked if she was a feminist, “What does that mean, you’re a lesbian or something?” Here’s a few questions to help clear up any confusion.
Do you think women should be able to vote?
Do you think they should be paid the same as men for doing the same work?
Do you think women and men should have the same opportunities in education?
I hate to break it to you, but if you said yes to those “well, duh” questions, you’re a feminist. Please refrain from running off screaming into the night because it’s not something to be ashamed of, it’s common sense. Yes, there are extremists, but what group doesn’t have them? There are religious extremists, animal-rights extremists, etc. People will always go overboard, but that doesn’t mean everyone in their “group” thinks that way. It also doesn’t make the roots of their beliefs wrong.
So calm down your rapidly beating pulse and take a deep breath. Feminism is not something to deny. Many women dedicated their lives to earn our rights that exist today. Don’t shame the sacrifices they made just because most people don’t understand what feminism really is. We are not superior. We are not inferior. We are equal. 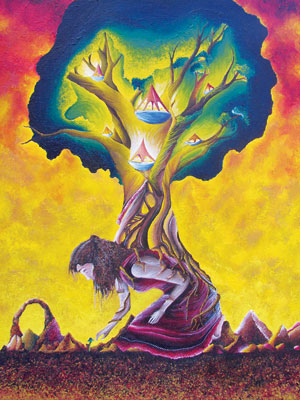