Holding on Too Tight With Nothing in Between | Teen Ink

Holding on Too Tight With Nothing in Between

To be honest, I have never found myself part of the "it" crowd. Never have. I always felt like that whenever someone looked at me, I'd think "They're thinking that I'm a loser". For some people that I know, that's not the case. Some people I get along with just fine. But others... I have mixed feelings about.

You know my article about my ex boyfriend, right? Well, I hate him and I love him at the same time. He means so much to me that I can't let him go, no matter what I did to him. I wrote him a letter saying that I'm sorry and that the things I did were unacceptable, but that they were forgivable. I love him as much as my heart allows it.

When we were dating, he gave me his Hooters hoodie. I've had it ever since. But when we broke up offically, he wanted it back. I'm not that willing to give stuff back. I technically called it "mine". It smelled like me, had my skin cells on it, and it belonged to me. One of the reasons I KEPT that jacket was because it reminded me of him and what we used to have. Now, my parents threw it away or burned it or threw it in a sewer, whatever. They did something to it. Now I have nothing left of him to hold on to.

Even though he says he's in "love" with my best friend, he was in love with me first.... I was his first time, I was his longest relationship. I gave him things she couldn't. Plus, she's not like me. I was willing to do anything to keep us together....

I guess that's my problem. I hold on too much. I'm holding onto the relationship I wanted. The only kind of relationship. 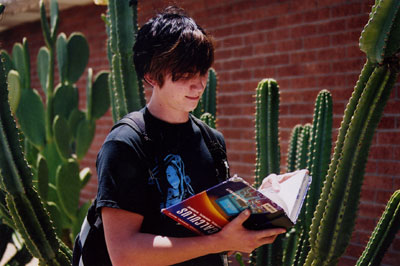