Boy Scouts is for Boys MAG

To everyone who has an opinion on Boy Scouts of America’s decision to let girls join the program, I thank you for your insight and respect everyone’s point of view. And while BSA intends to start a program that will begin to integrate girls into BSA by having “Girls Only Troops,” it still does not change the core argument that BSA is changing the dynamic of Boy Scouts. This is the first step to the inevitable merger of male and female troops.


While the troops, for now, will not be co-ed, if the girls are under the Boy Scout program they will be camping and competing with boys. Annual summer camps and Camporees will have boys and girls. In my opinion, boys behave differently when girls are present. The girls will be a distraction for the boys – this is human nature no matter how much we try to deny it – and that will make leaders’ jobs much more difficult. In addition to being teachers and advisors, leaders will have to become night watchmen over teenagers with raging hormones.
While co-ed troops do exist and are successful in other countries, we only hear of the upsides of these troops because no one wants to talk about the downsides. I have no doubt that there are problems that never reach the public.


I agree with those who have stated that the Boy Scout program would benefit girls in many ways; there are girls who want to learn the outdoor skills and codes of conduct taught by the Boy Scouts. I have no problem with that aspect of this proposal. But wouldn’t it serve girls better if the Girl Scout Program was updated, instead of throwing 107 years of Boy Scout history and tradition out the window? Would it have been better to update the Venturing Program and lowering the age from 14 to say 13 and giving all Venture Scouts the opportunity to earn Eagle? Again, I have no problem with allowing girls to earn a rank that is recognized, on a national level, as showing commitment to work, achievement, ethics, community service, and good citizenship.


To clarify, my concern is the continuing erosion of traditional programs for boys just because they do not include girls or other groups within our society. Why is it okay for girls to have a girls-only organization but not okay for boys to be exclusive? With this decision, in 2019 the word “boy” will no longer apply to Boy Scouts, simply because it will no longer be what it was designed to be: a boys-only organization. BSA has surrendered to social pressure and, in the future, will more than likely surrender to other social pressures to change the core program. The question BSA must ask now is, how far is it willing to allow the Boy Scout program to be eroded? Is it willing to take God out of the oath? Or is it willing to compromise and let scouts who have no belief in God abstain from the oath? This is one issue facing BSA because of atheists. How long will it be before BSA surrenders to this?


While this scenario seems extreme, think about it in terms of time. These changes, over time, will have the inevitable effect of rendering Boy Scouts extinct. I am saddened at the loss of a valuable program for boys.


There are ways to stop this though, many petitions such as this one (change.org/p/boy-scouts-of-america-boy-scouts-for-boys) have sprung up from scouts and their families. I encourage you to add your name to show BSA that a group of administrators can’t change a program for millions of boys. 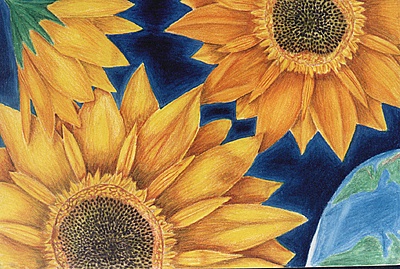 Favorite Quote:
"Anyone can be cool, but awesome takes practice" - Lorraine Peterson

View profile
Great article - your thoughts are greatly appreciated! For a long time, I agreed with the words that you stand by. But after entering high school and beginning to look at colleges and potential workforces in which I'm interested, my views have changed. Hence, consider the following as well. Perhaps it is indeed true that boys act differently around girls, but that doesn't mean that in life, men and women live separately. In fact, they encounter one another everyday, whether it be that they are coworkers, or simply strangers sharing small talk at a local coffee store. So what better time for them to become accustomed to one another than as children? And yes, perhaps it is unfair if Girl Scouts is exclusively for girls while Boy Scouts opens its doors to girls, but if that's the issue, why don't both groups just welcome both girls and boys? After all, Girl and Boy Scouts shouldn't be about your gender; it should be about your commitment to a group camaraderie and passion to explore the great extents of community service and the outdoors.