If Love Was | Teen Ink

If love was an animal, it would be the most coveted, and the hardest to catch
it would wander in fields with flowers, slip through the branches of apple trees,
and curl up in whicker baskets placed in alleyways
and it would be naive, oh so naive!
and it would elude those who want it for its handsome and glittering coat,
and sneak upon those who simply turned their backs on temptations such as love.
If love was a diamond, it would fall from your hand and tumble into
dark and rumbling waters in the sea,
and you could search hour upon hour, digging through the sand at the bottom of the
bay and one day, a fisherman would find it in his grimy net,
and it would be covered in sand and grit,
and if the wise fisherman really was so wise, he would see it for the glitter underneath and not the sand, and he would tuck it in his denim pocket and keep it close to heart.
If love was a house, it would be the one at the end of your block,
white shutters long without paint, and a door creaking with rusted, cracked hinges and ever-shifting, changing staircases and
it would smile at you, it’s wide toothless smile, and you would smile back,
biting back comments of appearance, and continue on your way,
until one day, someone moves in, a husband, a wife, a baby girl,
and the house will shine like it’s a million dollars worth.
If love was a poison, it would bring you to your knees every time you sip from the grimy crystal bottle, and it would come cheap to those with nothing, and come expensive for those with coins weighing down the pockets,
and it would mess with your head, fill it with clouds and sing-songs and shifting ideas and patterns, and you would still be able to see when you close your glassy eyes,
and smile happy through the tickle that almost feels like pain. 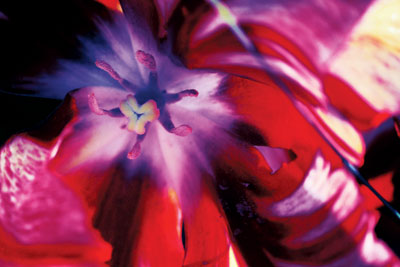 Favorite Quote:
The pain that have cost us, the evils which have never happened.
- Thomas Jefferson

View profile
This is really good! I love the whole idea and all the descriptions. fav line is "it would be naive, oh so naive!"