Favorite Quote:
She can because she thinks she can.

In life, the events that take place shape and build on what the future will hold some books that are read also shape the world, by teaching old, middle aged, and youth of today lessons. In “Flowers for Algernon” by Daniel Keyes, many life lessons are taught. Two lessons are expressed very strongly in this book; friends will never be forgotten, and do not judge a book by its cover.

Friends will never be forgotten is a lesson that is taught in the story, “Flowers for Algernon”. The meaning of this lesson is no matter what happens in life, good, bad, happy, or sad friends will always be in the mind. No matter how many years pass friends are always remembered. Charlie Gordon, the main character of the story, went through many things throughout his life. He had a mental disability at the beginning of the story. When he first met Algernon, a white test mouse, he did not like him, because he was smarter than he was and always beat him at the maze test. After having surgery to increase his intelligence, Charlie soon beat Algernon at the maze test. Charlie soon became friends with Algernon. Charlie started to get smarter and smarter everyday. Algernon received the same surgery as Charlie a while before him, and soon Algernon lost all intelligence. Shortly after Algernon died and Charlie began to regress. Each day he forgot more and more. It gave him too much pain to stay in New York where he lived, so he decided to leave. He left a note for his old teacher and current love Miss. Kinnian telling her that he was leaving. He also told her to leave flowers by Algernon’s grave. It was truly amazing that he was able to remember that Algernon died or even existed because of how much memory he was loosing. Charlie’s friendship with Algernon was stronger than his knowledge; although he forgot everything, he learned he never forgot his dear friend Algernon.

Another lesson taught in this story is doing judge a book by its cover. This is a lesson that has been repeatedly. This lesson means don’t say this person is nice or this person is mean just by the way he/she looks, get to know a person inside and out before giving him/her a title. His coworkers at the factory judged Charlie Gordon unjustly. Joe Carp and Frank Riley thought that they could make fun of Charlie and take advantage of him. Poor Charlie thought they were his friends and was crushed when he found out they were using him. Charlie thought that the doctors in the lab he went to for tests were the nicest and smartest people in the world. Once Charlie had the surgery and began learning, he realized the doctors were greedy and were not as smart as he was now. Charlie also realized that Joe and Frank were not really that because they stood up for him when someone picked on him after he started to regress. Charlie’s relationship with Joe, Frank, and the doctors at the lab teaches that no matter how much you think you know someone you can never judge a book by its cover.

There are life lessons that are taught through experiences and reading books. In “Flowers for Algernon”, many lessons were taught. Two of those lessons are friends will never be forgotten, and do not judge a book by its cover. These two lessons are both strongly expressed in this story. 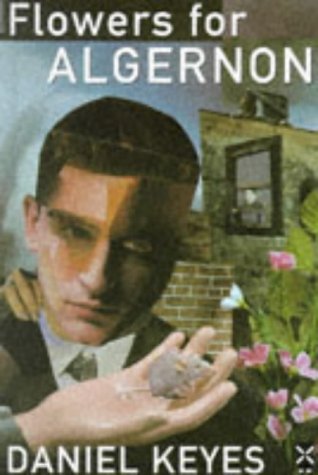 Gabby said...
on Sep. 29 2014 at 12:20 pm
Charlie Gordon's reports made me sad. I love flowers for Algernon. This story inspires me to tell myself that I'm smart, not dumb. That's what charlie didn't understand.
Stha-me said...
on Oct. 15 2012 at 4:49 pm
I LOVE THIS BOOK AND THIS LIFE LESSONS HELP ME WITH MY HOMEWORK BUT I THINK THAT OTHER LIFE LESSON IS THE POWER OF LOVE.