The novel Lord of the Flies by William Golding, about a children adventure gone terribly wrong, reveals a multitude of dark insights into human nature. After a plane of schoolboys crashes on a deserted island, the young boys are met with several obstacles before their final rescue back to humanity. The subsequent story is not only about the long struggle between the boys, but even more about the clash between humanity and inert barbarity.
At first, most of the boys choose to follow Ralph the utilitarian over Jack the anarchist. However, the increasing interest in exploration and insatiable curiosity of these young children destroy their ability to reason. As the story progresses, the group dynamic takes a dangerous turn as the boys literally turn to beasts themselves and are forced to grapple with their wavering sense of humanity and morale. By the end of the novel, Jack and the boys are so blinded by their savage thoughts that they set out to kill Ralph. Just as Ralph is cornered in for the kill, a British naval officer appears on the island. When the boys realized their final rescue, every one of them is overwhelmed by the bloodthirsty beasts they had become.
Despite the unrealistically convenient timing of the officer’s aid, I personally believe Golding is extremely successful in demonstrating the fickle yet frightening aspect of human nature. Even though the boys completely changed during their time on the island, they are still able to recognize their own humanity when help arrives. This ending provides an interesting insight into the reversible trait after an episode of moral decomposition. Next, to show the terrifying aspect of the boys’ inner beast to completely distort reality in their minds, Golding utilizes gruesome language concerning mob mentality. In a scene of the murder of Simon, a fellow schoolmate, “the crowd surged after it, poured down the rock, leapt on to the beast, screamed, struck, bit, tore.” (Golding 214) These descriptions reveal the slow decline of civility to chaos. Additionally, Golding depicts the growth of Ralph from a boy to a man, from innocence to a final realization of his downward spiral. Ralph’s maturity proves that human nature and character can be drastically changed during times of hardship. He also is ultimately able to survive the ordeal and learn from the pressures of leadership, as he “wept for the end of innocence, the darkness of man’s heart, and the fall through the air of a true, wise friend called Piggy.” (Golding 285) In the end, Ralph realizes the true difficulty of leadership from his good friend’s death. Golding effectively constructs a story around the complexes of human nature, civility versus chaos, growth, and leadership. 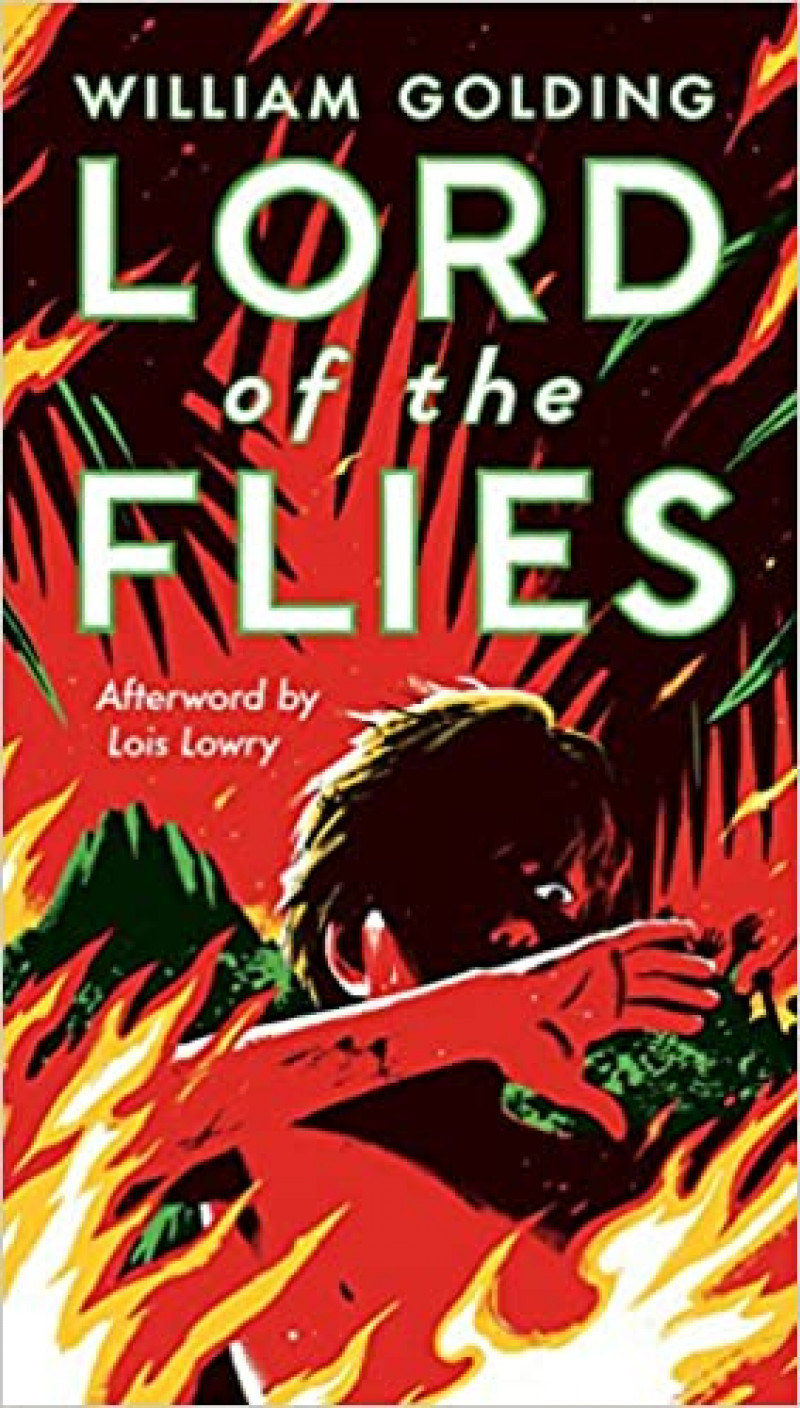