Deliver Us From Evil | Teen Ink

Deliver Us From Evil MAG

Deliver Us From Evil: Defeating Terrorism, Despotism, and Liberalism, the latest book of political commentary from Fox News talk-show host Sean Hannity, provides an interesting perspective on issues of the day.

A follow-up to the best-selling Let Freedom Ring, this is a refreshing change from the common liberal spin on the news, although it sometimes goes too far to the right, with comments like “Liberals are more tolerant of Saddam Hussein than they are of George W. Bush. No surprise: after all, Bush is a much greater threat to the Democrat's purely political agenda than Saddam Hussein could ever be.”

The main theme of Hannity's latest work is “evil exists, it is real and it means to harm us.” Hannity examines the methods of confronting evil that leadership in America has demonstrated, including the Holocaust and Communism, which drew military and diplomatic responses.

Hannity covers a broad spectrum of topics including the doctrine of Reagan-era conservatism and the handling of the Vietnam War. Hannity concludes that President Bush is appropriately handling the War on Terror and supports the idea of pre-emptive strike as most recently exhibited as the reason for invading Iraq.

Hannity comes out strongly against the Clintons while asserting that they still retain total control over the Democratic Party and speculates about Hillary's possible presidential run.

While analyzing the future, Hannity notes how China, Iran and North Korea could impact the safety of the U.S. The North Korean army is one of the larg-est in the world with 1.17 million troops that have moved closer to the Demilitarized Zone. Bush has named Iran as part of the Axis of Evil that is likely harboring terrorists. China could also cause problems for American allies in the region that includes Taiwan, Japan and South Korea.

Overall, the book offers a conservative perspective that, whether you agree with it or not, is seemingly different from the mainstream media commentary of the day. 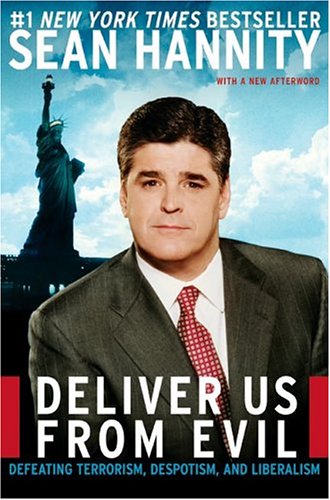