"He saw the blond man smile, squinting one eye, firing; he saw the white-orange muzzle flash, and as he slid, he felt the bullet slice across his shoulder, the pain agonizing." Stephen Metcalfe is a top-secret U.S. spy in occupied-France. He works for a mysterious and ingenious spy mastermind known as Corky. However, not everything is perfect in this organization, and colleagues in his temporary Paris headquarters are mercilessly murdered in the blink of an eye. Luckily, Corky's and Metcalfe's resourcefulness saves them and they escape, only to undertake another mission.

I loved the fast-paced action and believability of the characters. I also liked the sudden gut-wrenching twists the plot fluidly entwined into the story. I can't believe the brutality of the murders and the Russian Gulag. Despite the invisible personality a spy is supposed to have, his emotions are vividly portrayed in a connectable way to the reader. The atrocities and hardships people of this period endured made my stomach churn.

Robert Ludlum's The Tristan Betrayal is a gripping, edge-of-your-seat thriller. Even though the story is fictional, the ideas of intelligence, counter intelligence and ambushes were all very much part of life during World War II. The way Ludlum illustrates the characters and their conflicts left me breathless and bedazzled. His attention to detail also made for a fascinating story. This book is for readers who like historical fiction, mysteries and a ton of adventure. I give The Tristan Betrayal a nine out of ten. 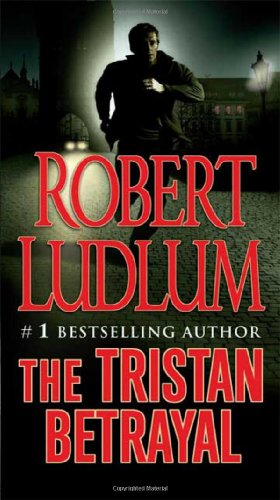