The Game of Kings | Teen Ink

The Game of Kings MAG

In this sweeping historical novel, the proud country of Scotland is in desperatetrouble. England has invaded and humiliated the Scots, and is posing enormousobstacles for the Regent, who rules for her four-year-old daughter, Mary, Queenof Scots. Paradoxically, the nation's freedom may rest upon the shoulders of aman accused of treason.

Dunnett flawlessly introduces the protagonist, amarvelous antihero with whom one cannot help but fall in love with. FrancisCulter of Lymond, known simply as Lymond, is a nobleman fallen from grace anddetermined to redeem his reputation. Unfortunately, his country does not believehis sincerity, and his own brother is leading the people againsthim.

Though the plot is intricate, it was nearly impossible for me to putthe book down and not think about the story. Just when you think you've figuredit out, Dunnett tosses in another twist. Throughout, there is dry wit and barbedremarks. The writing is superb and the characters the work of a literary genius.

The only drawback is Dunnett's allusions to historical events, which areoften in French. All in all, though, this book is one of the most rewarding Ihave come across. 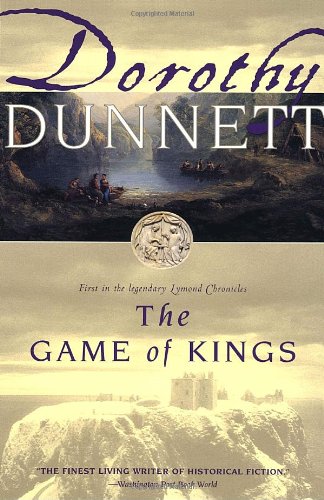