Lirael: Daughter of the Clayr MAG

Yearsago I read a wonderful fantasy novel called Sabriel, and the other day, hidden onthe shelves of a local bookstore, I found its sequel. Lirael begins 14 yearsafter the end of Sabriel, and though it involves some of the same characters, ittouches on a different part of Nix's world.

In the five years betweenSabriel and Lirael, Nix has been working on his Seventh Tower series, buthopefully there won't be another five-year wait for the third book (promised atthe end of Lirael).

Lirael spans many years and focuses on the life ofLirael, daughter of the Clayr, who does not have the ability to see the future.When caught in a suicide attempt on her fourteenth birthday, her elders send herto work in the Great Library, so she will not be so preoccupied with her lack ofthe Sight.

Prince Sameth, son of King Touchstone and the Ahborsen, isattacked by a necromancer. Nicholas Sayre, the nephew of an important politicianand a school friend of Sameth's, attempts to visit Sam, but gets sidetracked onthe way there.

With the King and Sabriel out of the country, Sam off torescue Nicholas, Lirael leaving home to follow a future seen by the Clayr, and adangerous necromancer on the loose, this book is action-packed! I recommend it toanyone. 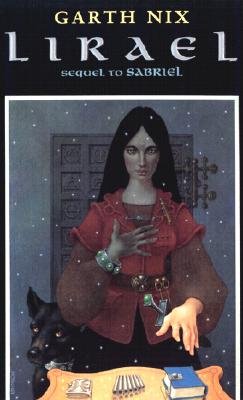