Legend is a futuristic dystopian novel, written by Marie Lu. The conflict is created by the Republic, a big brother type government which organizes everything. The story behind the Republic slowly unfolds as the book progresses, and with it, the stories of June and Day.

June is a prodigy—she’s scored a perfect score on her Trial, and now works for the Republic. Her loyalties lie with her government. She blindly believes them, mainly because her older brother also works for them. She is calm, cool, and reliable. June’s main assignment is hunting down the notorious rebel, Day. She becomes obsessed when their paths are permanently crossed.

Day is trying to protect his family. He’s out on the streets, attempting to get by on stealth and wits. Day doesn’t necessarily trust the Republic, especially because it was them that put him on the streets to begin with. His mistrust deepens when he and June are entangled, and the mysteries of both their pasts are brought to light.

Legend switches off between two points of view, Day’s and June’s. This works well to move the story along. It gives the reader much needed information, without resorting to unrealistic info dumps. Lu also uses this view point angle to weave multiple plots into the book. Her approach is engaging, and Legend almost becomes a mystery. The book sets itself apart from other dystopian-romances because of these elements.

While the plot might be expected at some points, there are plenty of surprises to keep the reader guessing. The only real liability in Legend is its main characters’ superhuman abilities and flawless logic. Their voices become indistinguishable from each other as the story progresses, and it might leave the reader rolling their eyes at how invincible June and Day seem.

Otherwise, Legend is an engaging read. It certainly draws you in with the mystery, and satisfies all questions raised. 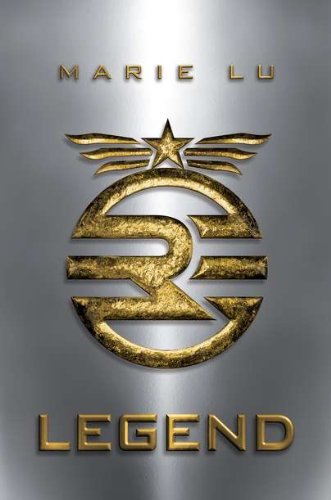