I didn’t really like this book. I felt it was written to target a younger audience…maybe ages ten through twelve? The actual writing wasn’t that great, and there were many spelling and grammatical errors. Also, I tended to find many run-on sentences. Plus, many sentences just didn’t make any sense. This book definitely needed another run through the editor.

Endor’s father, a warrior in the King’s army, handed him over to the elves and fairies when he was a baby. They raised him and taught him magic. Because of this, Endor grew and became the most powerful wizard in all the land. When he was ready, he moved out of the woods and found a town that was in-need of a wizard. While Endor was moving in, he befriended a mouse named BK and an owl named TK. The three of them grew very close and traveled everywhere together. Every time a major problem arose in the kingdom, Endor would see to it that it would be fixed. He journeyed to towns all throughout the realm to meet the community, bring joy to those who were depressed, and banished the evil forces attempting to penetrate society. With the help of BK and TK, Endor slowly rids the kingdom of malevolent spirits and builds the foundation for a flourishing empire. 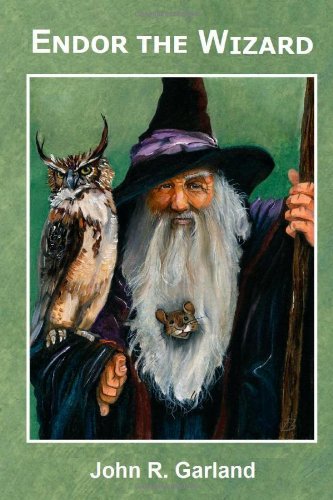