These are some aspects of Marina’s life. She was born into a family of privilege with the Soviet Union’s prima ballerina, Sveta, as a mother. Sveta has taught Marina everything she knows, from a pas de deux to a rond de jambe to a pirouette, turning her into a prodigy. The prima ballerina has brought fame, fortune and happiness to her family…but Sveta is plagued by visions of the past, visions of events that took place that should be kept secret.

These are some aspects of Marina’s life after Sveta is taken away and institutionalized by the government. Marina’s dad and uncle are sure that the authorities will come knocking on their doors next, so they realize they have only one choice: they must abandon Moscow and hightail it to New York. A couple fake passports and a dozen plane rides later, Marina and her father find themselves in a tiny apartment in the greatest city in the world. Not knowing the language, Marina struggles to reinvent herself as a dancer at Julliard. Sergei, her perplexing partner, abolishes all notions of concentration, as does the fact that Marina’s father thinks Sergei is the key to getting Sveta back. In a dreaded turn of events, Marina realizes she has her mother’s “talent,” though Marina sees the future, not the past. In a terrifying vision, Marina sees her father getting murdered at the hands of the mobsters and gang members she thought they’d left behind in Moscow. Now Marina must find out exactly what happened to Sveta, what her visions mean, and whom she can and cannot trust…and no amount of pirouettes will save her. 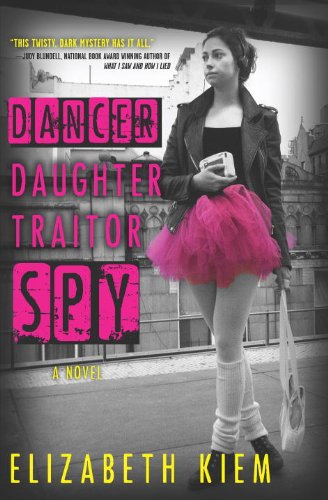