Some Girls Are by Courtney Summers | Teen Ink

Some Girls Are by Courtney Summers

That leaves a lot to the imagination don't you think? Many adjectives can fill in the blanks, but as you read the book, you'll find what the right one is.

The book features Regina Afton. Popular girl, member of the 'Fearsome Fivesome'. Hated, and loved.
Until one single night changes everything.
Finding herself without the support of her group, she is lost. The rumors don't do anything but get worst, and worst. Until a beacon of light hits her and she is struggling to form a friendship with one of the last persons on earth she'd thought possible: Quiet Michael Hayden. The boy that always sits alone at lunch and doesn't give a damn about what others might think.
The question is, can they get over the miles and miles of differences that set them apart, and do it before the 'Fearsome Fivesome' put an end to it first?

If you're looking for a pretty fairytale. I'll tell you right now. This is not one.

Down to earth, compelling, and realistic, Some Girls Are is a reflection of what is actually happening in schools nowadays. Kids are not angels, and this is the tale of a girl that after burying her identity in a forgotten place, learns how to use her heart again to get it back.

Regina: She's strong, and remains so throughout the entire book. Her development as a person is amazing and eye-opening.

Michael: The lovely misfit that at first wants nothing to do with Regina. He brings a douse of 'Stuff is like this, and I don't see why sugarcoat it' to the story.

Anna: The leader of the Fearsome Fivesome. Controlling, manipulative, but smart. She's not your typical Queen Bee, dumb and just interested in boys. No, Anna is after control.

Kara: Regina's sworn enemy in the group. She truly hates Regina and is the most intent on seeing her socially destroyed. Even though she's the real antagonist. I found she's one of the most interesting characters of all. She's the kind of evil guy you want to see because she doesn't mess with the protagonist just for the sake of it, but because there's a story behind that leaves you in knots.

The storytelling keeps you turning pages, and I assure you, you won't want to stop until you've gotten to the end.

It's something teenagers can relate with and, hopefully will help most to sort out problems about bullying, finding oneself, dealing with guilt, friendship, love and hate. You'll end up realizing that...


“A whole world exists outside of that hellhole.”

I couldn't have said it better, Regina. 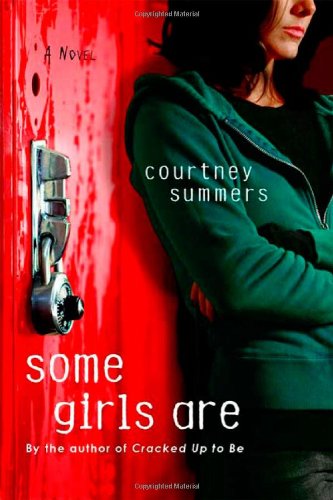