Nadia, her dad, and her little brother, Cole, have just moved to Captive’s Sound after Nadia’s mother abandoned them. Aside from the fact that Nadia’s a witch and her mother was teaching her how to use her powers, everything is fine. Until, of course, they actually get to Captive’s Sound where Nadia realizes that a powerful, evil sorceress is at work. As soon as they pass the town’s border, their car crashes into a lake and starts to sink slowly. A strange boy, Mateo Cabot, saves Nadia, pulling her out of the wreckage. Nadia later learns that Mateo is cursed; his whole family is and has been for generations. She also learns that Mateo’s best—and only—friend, Elizabeth, may not be who she claims. Nadia, Mateo, and a new friend (Verlaine) set out to seek what is destroying Captive’s Sound and Mateo’s family, stop it, and finally bring peace to the world around them. 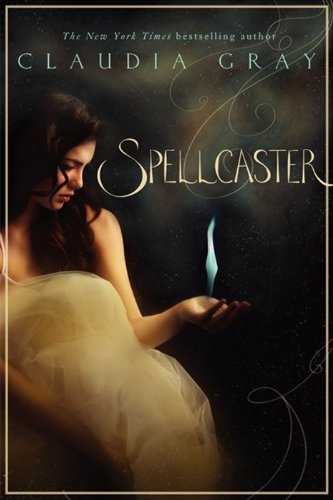 
Buy from Amazon
The author's comments:
I really enjoyed this book. It’s the kind of story that’s always on your mind, even if you aren’t reading it at the moment. It is full of twists and turns, romance, horror, and deception…Claudia Gray did an AMAZING job.
Post a comment
Submit your own

Favorite Quote:
love is love no matter the gender

Favorite Quote:
'u dont mess whith no one thay want mass whith u'