Romeo Montague fell in love with Juliet Capulet. They got married in secret and were going to spend the rest of their lives together, but Romeo killed Juliet’s cousin and got banished from Verona. Juliet and Friar Lawrence formed a plan to save her forever-after with her husband, and she was buried alive in her tomb. We all know the story Shakespeare so beautifully wrote. However, what if it wasn’t what really happened? What if, instead of tragically killing himself by Juliet’s side, Romeo instead sacrificed Juliet by murdering her and turned to the dark side of the world? Stacey Jay takes her readers on a breathtakingly suspenseful journey as she tells Romeo’s story, the part Shakespeare did not write. When Shakespeare’s part of the story ended, Romeo traded Juliet’s life for his immortality and became a monster for the next 700 years, taking over corpses and killing all who stood in his way. He was beyond salvation…until, one day, Romeo was given a second chance. The Ambassadors—those who fight for love—gave him the opportunity to redeem himself. All he had to do was make Ariel Dragland fall in love with him in three days. Romeo believed his task would be easy, but little did he know that Ariel was fighting with demons of her own. Oblivious to her own power, Ariel held the fate of the entire world in her hands. All will be well, but only if Romeo can win Ariel’s heart and make her believe in true love. 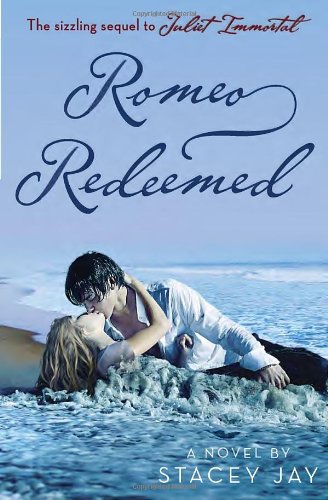