Lost in Thought by Cara Bertrand

That’s something Lainey Young has never been able to experience. She and her aunt move from place to place more often than orphans in the foster care system. From a young age, Lainey has been plagued by migraines, dizziness, and visions of death, although she keeps the latter to herself. Convinced that she’s crazy, Lainey is skeptical when her doctors recommend switching her lifestyle from that of a nomad to one with consistency. Out of nowhere, Lainey learns of the mysterious and anonymous Legacy someone has left in her name at a prestigious New England boarding school: Northbrook Academy. Much to Lainey’s surprise, the consistency of a permanent home takes care of her migraines and visions for a while…but not forever. In a sudden hit of insanity, Lainey has a vision of a fellow student’s imminent death and she faints from the intensity of it. Unfortunately for her, Lainey faints in the middle of a crowded bookstore. Now, everyone knows Lainey has been hiding something.

But she’s not the only one.

Most of the student body and faculty at Northbrook are members of the Sententia, a covert society of psychically gifted people. With the help of Carter Penrose, the object of every girl’s fantasies, Lainey starts getting comfortable with her particular Gift while discovering her true heritage. But everyone knows curiosity killed the cat… 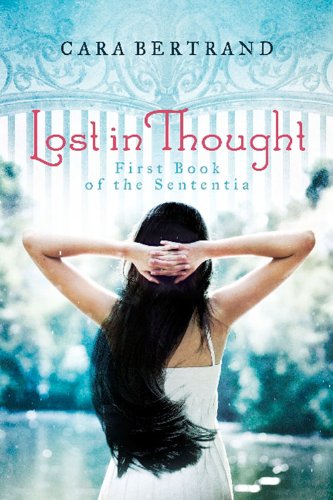 
Buy from Amazon
The author's comments:
This is a really interesting read. I definitely recommend it!
Post a comment
Submit your own