Everest is a movie about a group of hikers who went to go climb Mount Everest and how they respond to an unexpected storm, when they start their final ascent. After the very first human being reaches the top of Mount Everest, within two weeks, a swarm of people head over to the gigantic mountain in an attempt to be the next people to accomplish the incredible task. The team is made up of somewhat strangers, and as they embark on the tough journey, they learn about the people around them and themselves. The group must work together as they go ahead and try to climb one of the most difficult peaks in the entire world. One mistake could be fatal, and the group knows this, which adds to the movie's intensity. However, just as the team begins their final ascent, a powerful storm comes into contact with them and puts all of their lives in jeopardy.
The team learns firsthand the dangers of nature and why so many people have died trying to climb Mount Everest. The ending of the movie doesn't have any "wow" moments, but the entire film is solid throughout and is packed with adventure and intensity. The movie beautifully depicts the conflict between man and nature and showcases the shear force that is nature. There is scores of thrilling tension, tragedy, and bravery. Although parts of the movie feel slightly dragged out, the movie is an interesting tale that depicts one of the more depressing moments in climbing history. The movie has decent visual effects, but the whole thing feels very life-like and realistic, which is an excellent thing. The character development is pretty good but nothing superb. However, the movie does show some of the harshest conditions possible, which was necessary. Overall, Everest is an unique well-done film that showcases a conflict between man versus nature. 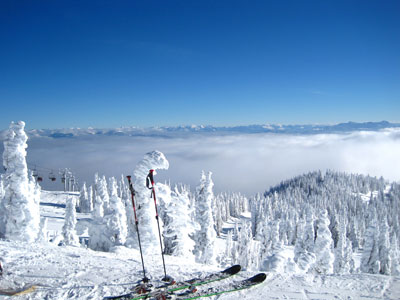 Everest is an unique well-done film that showcases a conflict between man versus nature.