X-Men: Days of Future Past is one of the greatest X-Men movies out there and puts our beloved mutant characters on an adventure for the ages. Because Dr. Bolivar Trask fears that mutants are a dangerous threat to humanity, he develops and invents a solution to this problem in the Sentinels, which happen to be enormous robots that adapt to each individual mutant, as well as being able to detect a mutant gene in someone and zero in on that person. In the 21st century, mutants are at threat of becoming extinct, because these robots have evolved into becoming weapons that are essentially impossible to kill. If the mutants don't find a solution, their kind will become extinct within a few months. After finding out that a powerful mutant can send people back in time, the Wolverine volunteers himself to go back in time and prevent the Sentinels from ever being invented. However, in order to do so, Wolverine must convince some arrogant, stubborn mutants of the past to help change a pivotal moment in history and change the fate of the future.

This movie has it all: action, intensity, excitement, and has a conflict that is dramatic to the brim. From start to finish, everything about the movie is thrilling. Hugh Jackman's Wolverine is absolutely superb in this one and does the character more than enough justice. Watching a young Professor X and a juvenile Beast is enticing, intriguing and provides an interesting new look on the characters' pasts.

X-Men: Days of Future Past manages to introduce a young Quicksilver, who succeeds in grabbing the audiences attention in an amazing fashion. Although Avengers: Age of Ultron also introduced a Quicksilver in a different universe, this mutant is way more fun, entertaining, and stars in one of the greatest scenes in the entire film. The ending of the movie is excellent and allows the franchise to reboot, as well as gift fans an engaging story that possesses some truly incredible visual effects. The conflict of this movie is marvelous and provides some insight into how the mutants represent any and all discriminated groups of people in real life.

This movie delivered the goods in a proud, science fiction-esque manner that the mutants themselves would approve of. A whopping 95% of Google users liked the movie, and Rotten Tomatoes gave this one an exceptionally high 89%, which is made even more impressive by the fact that Rotten Tomatoes is known to give science fiction movies low scores. Simply put, X-Men: Days of Future Past is an exhilarating adventure that people need to hop aboard. 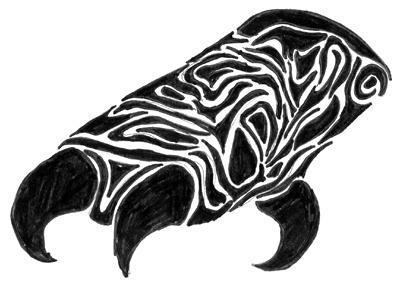 Simply put, X-Men: Days of Future Past is an exhilarating adventure that people need to hop aboard.