The Dreamer Of Oz | Teen Ink

The Dreamer Of Oz

Dorothy, a little Kansas girl, is caught in a tornado and taken to a magical land. There she meets imaginative creatures and travels to fantastic lands. It's a well known story, and almost everyone in America has either read the books or watched the movies. We all know the story of Oz...or so we think.

Have you ever wondered how the land of Oz was created? Or how the wicked witch of the West and the good witch of the North came about? Or how about Dorothy, where did she come from? They all came from the mind of a man named L. Frank Baum.

Baum is a failure. Every job he has ever held, he failed at. But there was one thing he never failed in: story telling. And this particular story begins one day, with a little boy, two razors and a window sill...

"The Dreamer of Oz" is an amazing movie about the life of a man with a dream. It's the story of a man who, now matter how many times he was told his story would never sell and that people wouldn't care, fought for something that he believed deeply in. And in that belief, not only created the America's first fairy tale, but also changed America.

I recommend, if "The Wizard of Oz" is your favorite book or movie, watch this film. It will change how you see or read "Oz" for the rest of your life. 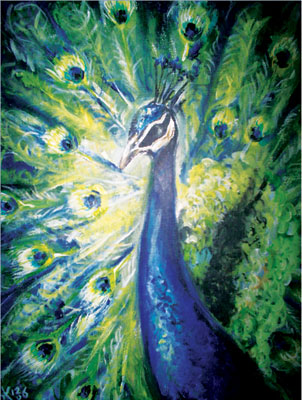