Jordan Turner (Halle Berry) is a 911 dispatcher. When Leah Templeton (Evie Thompson) calls because an intruder is breaking into her house, Turner acts as a hero and gives her safety instructions. After the intruder searches the house, he proceeds to leave without realizing that Leah is there. But when the call between Turner and Leah gets disconnected, Turner calls back, alerting the intruder. Leah is kidnapped and murdered as a result.

Six months later, Casey ­Welson (Abigail Breslin) is abducted from a mall by the same man. The dispatcher who receives Casey's call is unable to tackle the task, which leaves Turner for the job. She must face her fears and prevent Casey from becoming another victim.

“The Call” is the perfect example of what a thrilling, suspenseful, action-packed movie should be. It made me think, and definitely made me feel (I cried). It was so realistic I had to keep reminding myself that it was only a movie. This film does an excellent job showing what can happen in real life.

I have to applaud Halle Berry and Abigail Breslin for their performances. Berry's courage, mixed with Breslin's bravery equals a phenomenal motion picture. They both deserve an Oscar, if you ask me. 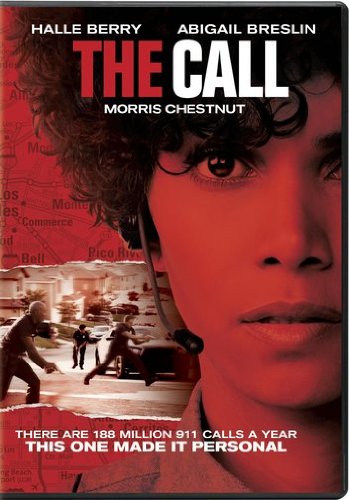 
Buy from Amazon
The author's comments:
Anybody who hasn't seen this movie really, really should!
Post a comment
Submit your own